Pride in Diversity: A Brand Exec and Entertainment Journalist Who Believes Confidence Is Key 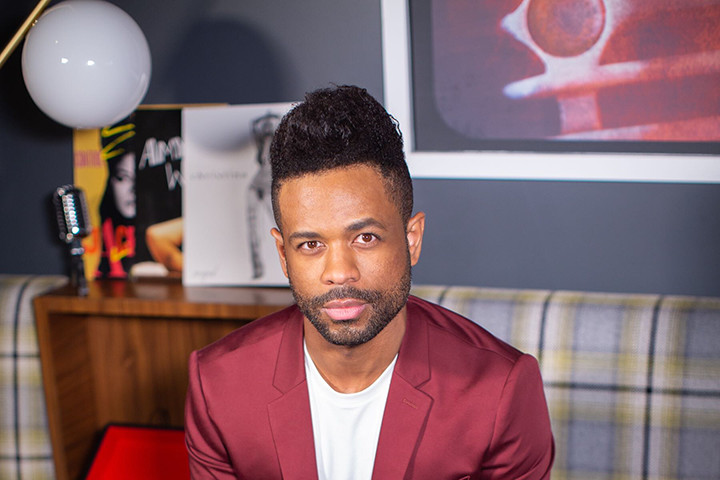 Pride Month has become a global phenomenon that includes parades and events, as well as remembering the past and thinking toward the future in the LGBTQ rights movement. As such, Jopwell is highlighting the stories of LGBTQ individuals within Jopwell’s community who have leveraged their diversity personally and professionally through the Pride in Diversity series. In our previous article, we featured Chicago-based content marketing and events pro Norman Edwards. For our second edition of the series, we spoke to Lamar Dawson, a marketing executive in the beauty space and an entertainment journalist.

By day, Lamar Dawson works as a Senior Manager of Digital Content and Social Media at L’Oréal USA, where he focuses on the Carol’s Daughter brand. Outside of his full-time job, he works as a contributing editor for Logo, a media platform that focuses on news, entertainment, and pop culture relevant to the LGBTQ community. Dawson has a master’s degree in PR and communications in addition to several years of experience working at top companies and organizations across industries.

Lamar is only one of two out LGBTQ employees on his team so he joined one of L'Oréal's many Employee Resource Groups (ERGs), including one for LGBTQ employees, in order to connect with fellow colleagues across the corporation. As someone who has been out since he was 16 and doesn’t have the option of “tiptoeing” around being a gay, black man, Dawson shares he has no problem being himself, speaking up, and advocating. Still, he understands how others might struggle to do the same. He therefore strives to represent the voices of different people with the right messaging through his work, often making a business case for diversity and inclusion that might sway others in the industry who are “on the fence” about those matters.

Aside from striving to make advancements at L’Oréal, Dawon’s work at Logo also makes use of his social media expertise. In addition to interviewing noted personalities in the industry for editorial coverage, he is also responsible for producing social media copy and content such as Instagram Stories during major events and red carpet appearances. Lamar remarks that many employees at LOGO identify as LGBTQ, so it’s a place where he can be himself, but he has learned that intersectionality is an ongoing struggle within the LGBTQ community when it comes to race. “It's almost cool to be gay now,” Lamar says, “People like having gay friends and gay employees — but blackness is still an issue.”

Additionally, Dawson has sought black mentors at the companies in which he has worked because, as one of the few black employees, he has often found a sense of understanding among black colleagues that he can lean into.

Navigating various identities can be a struggle, but he mentions that being confident and walking in your truth can keep those who are dealing with similar issues at work on an even keel, as well as help others relax. “Your diversity is your strength,” he asserts, “It's awkward when people are stuck on being PC, but once you lead that conversation and lighten up, others can be more chill around you. When you control your story, you own your identity.”

Dawson makes it clear that the work isn’t only for LGBTQ and people of color. He advises that people who want to be allies foster trust and take the time to understand inclusive language and terminology. “It’s about being polite and respectful, especially in the workplace,” he explains — doing so creates a safe space in which everyone can be their authentic selves.

Overall, Lamar’s advice to other LGBTQ POC is to “work and focus on yourself,” he suggests. He understands that the intersectionality [of being LGBTQ and a person of color] can be a challenge, but if you reconcile both identities so that you can “be at peace and love who you are”, Dawson asserts, “you can show up so confident they can't deny you. You can go so far when you love and accept yourself.”