The Realities of Workplace Trauma 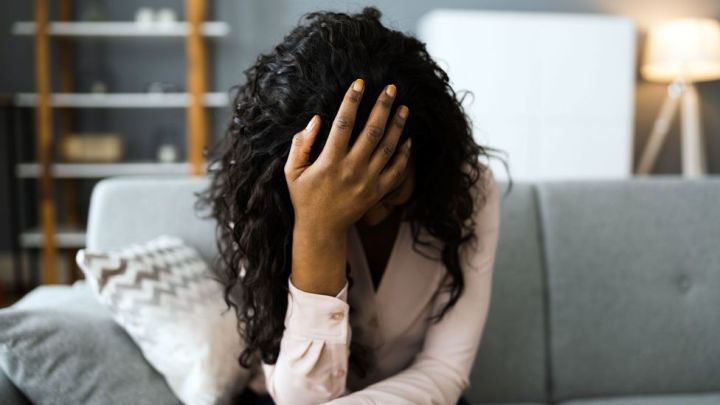 Three weeks after the murder of George Floyd and three months into the COVID-19 pandemic, I received a job offer for a position where my main responsibilities were to advocate for BIPOC and other underrepresented populations. After 20 years as an HR practitioner, I was now in a role where I would be able to affect real and meaningful change.

In the onboarding process, the division director advised me that the dress code was casual. On my first day, I arrived in jeans and a gray shirt with the word “LOVE” encrusted in beads and crystals across the front. After a brief “good morning,” the director, who was BIPOC, immediately began to chastise me about my shirt and offer further commentary on how I should present myself in a specific way to avoid being scrutinized and judged by our White coworkers. I didn’t know it then, but it was the beginning of a toxic work relationship.

During my short period in the position, I was repeatedly barraged with thirty-minute rants, incessant bullying, multiple phone calls (as many as fourteen in one day) and scathing emails criticizing my work product. His need for control elicited such an extreme reaction of anxiety and fear in me that when I saw his name pop up on my cell phone, I could feel my heartbeat increase threefold and my breathing became labored before I even answered the call. The anxiety affected my focus, my critical-thinking skills, and my attention to detail. Little did I know that I was experiencing symptoms of post-traumatic stress disorder (PTSD) related to the ongoing workplace trauma inflicted by my director. Eventually, I was let go which, oddly enough, gave me a sense of relief.

PTSD caused by workplace trauma from experiencing bullying and excessive micro-management, can manifest as chronic anxiety, hyper-reactivity, exhaustion, depression, emotional numbing, self-isolation, sleep difficulties, lack of focus, irritability, negativity, avoidance of work, intrusive thoughts, self-blame, and blaming of others. In some cases, an employee doesn’t recognize that their work environment is causing the trauma. I experienced many of these symptoms during my time in that role and continue to struggle with self-doubt and a lack of confidence (imposter syndrome) that has resulted in interview anxiety that is interfering with my ability to secure gainful employment.

Workplace trauma could set in when a person is being bullied by an overbearing colleague or boss. That might look like regularly receiving emotionally charged emails or belittling language. It might also show up as being put down in a meeting in front of others or being humiliated in some other way.

Unfortunatley, members of marginalized populations are more likely to experience workplace PTSD because they already deal with the traumas of racism and discrimination. According to the study Women in the Workplace 2022, it was revealed that women of color face higher rates of microaggressions and are more than twice as likely than other women to suffer from workplace trauma stemming from having endured such encounters on a regular basis. Black and Brown people often find themselves spending a tremendous amount of time and energy code-switching and taking pains to present in a certain way to their colleagues and managers.

It is becoming a matter of increasing concern, as improving overall mental health in the workplace is now a focus of modern human resource research and practice. The competitive nature of today’s workplace has unfortunately created a culture of expecting one to swallow issues and move on quickly, in order not to be seen as weak or not resilient enough for the promotions and career rewards one aspires to.

PTSD needs to be on the radar for Human Resources departments, whether it’s directly caused by the workplace itself or by broader social stressors or current events. PTSD and workplace trauma can negatively impact attendance, job performance, productivity, efficiency, and efficacy. Being aware of the symptoms of PTSD is the first step, mental health professionals agree. HR departments should know about the prevalence of PTSD and workplace trauma and work with the leadership team to cultivate a compassionate and collaborative workplace culture that promotes mental wellness, psychological safety, and work-life balance.

A year later, I would find myself in yet another toxic work relationship with my BIPOC CEO who advised me “to be nicer to avoid being viewed as an angry Black woman.” Comments such as this along with continuous chastisement resulting from mysterious complaints from the all White leadership team left me struggling with work induced anxiety, and low self-esteem. I found that my trauma was shifting how I was presenting in interviews. My trauma was following me and causing me to question my own skill set. Through therapy and guidance from my mindset coach, I began implementing coping mechanisms and strategies that would help me navigate the source of my stressors.

The constant rejection during my job search has tested my resolve and perseverance. I have learned to target the employer; not just the job. Seek out employers whose values align with both my personal and professional goals. My desire is to secure a position with an organization that continuously invests in an inclusive and belonging culture, leverages the diverse perspective of its employees, and recognizes the value of allowing employees the flexibility to create their own work-life balance. This company will find value in my knowledge, skills and abilities and nurture them until one day, I no longer feel like an imposter.