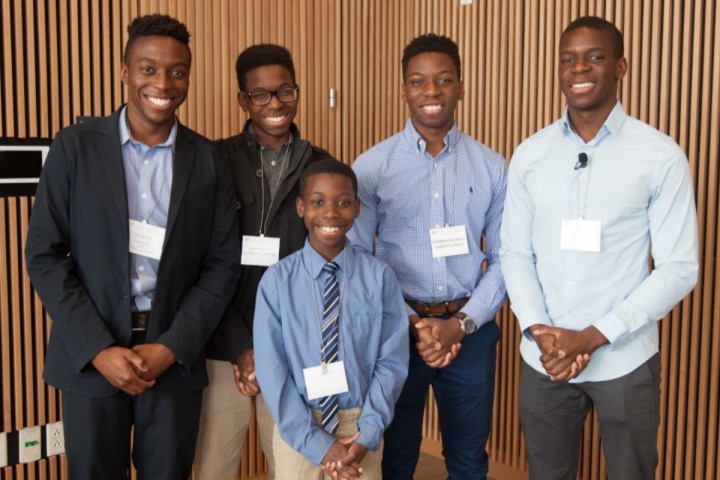 Steven Udotong (second from left) and his brothers.

Nuclear energy has a bad rap. It turns out, however, that common knowledge around the subject isn’t quite up to par — and 16-year-old Steven Udotong is on a mission to prove it.

Steven, a junior at Cinnaminson High School in Southern New Jersey, is on a quest to become the first African-American student to build a nuclear fusor – a feat he hopes will help inspire a cleaner, more environmentally-friendly future for us all. To make it happen, he set up a GoFundMe page to raise money for supplies and has since exceeded his $1500 goal, thanks to donations from 74 donors in just one month.

Impressed by Steven’s ideas and passion, we asked Steven’s older brother Emmanuel, a computer science student at Princeton University (seriously — this whole family’s no slouch) to interview his little brother. Here, they discuss Steven’s motivation, value proposition, and his best advice to others looking to make a difference.

Emmanuel: First thing’s first. What exactly is a nuclear fusor, and what inspired you to build one?

Steven: A nuclear fusor uses electricity to heat charged atoms to a point where nuclear fusion can occur. This happens when lighter nuclei are combined to become heavier nuclei, releasing a large amount of nuclear energy in the process.

I grew curious after we flew by the topic of nuclear energy in my chemistry class last year. I decided to do more research and I soon learned that I could actually make a nuclear fusor. That sparked my interest. I want people to know that there are alternate methods for obtaining power and energy. I want to examine more clean energy products and stop fearing the word “nuclear.” Nuclear energy is a lot safer than people think.

Steven: Nuclear energy is an alternative energy source to fossil fuels — one that generally causes less harm to the environment. The waste produced by nuclear energy can be buried underground in safe containers, whereas fossil fuels emit harmful gases into the atmosphere when burned. Since 1976, nuclear energy has prevented the dissemination of more than 60 billion tons of greenhouse gases. I believe that switching over to nuclear power will significantly diminish the human race’s negative environmental impact. Also, there’s limited research on nuclear energy, so I hope this sort of work will inspire further innovations around nuclear reactors.

Emmanuel: You would be the first Black student to build a nuclear reactor. What does that mean to you?

Steven: I’m motivated knowing I’m proof that there are many ways for minorities to pursue success. Sports and music are not the only avenues for us. There’s room for us. Rather, there’s a need for us to participate in academia, business, art, law, medicine, and, yes, nuclear energy. I hope this project will become an example of academic excellence as a vehicle of accomplishment for Black students.

Emmanuel: Your project has already struck a chord – you’ve been in our hometown newspaper and reached your intial funding goal. Why do you think you've gotten people’s attention?

Steven: I think the term “nuclear reactor” grabs people’s attention. When talking about nuclear energy, people’s minds tend to jump to disasters like Chernobyl. I want to shed new light on the topic. So long as proper standards are maintained, nuclear energy is a safe, viable option. In fact, by many measures, it surpasses other, more lauded alternatives. It isn’t as harmful to the environment as fossil fuels, and it isn’t dependent on the weather, like solar or wind energy. Nuclear energy isn’t perfect, but we can’t overlook it.

Building nuclear plants is obviously very costly, but financial expenses should never be a reason for us to continue polluting the Earth. Sustainable energy communities need to think outside the box and find ways to decrease the capital costs of nuclear energy. People have found ways to decrease the costs of travel, cell phones, and electricity, and with enough research, we can do the same for nuclear energy. 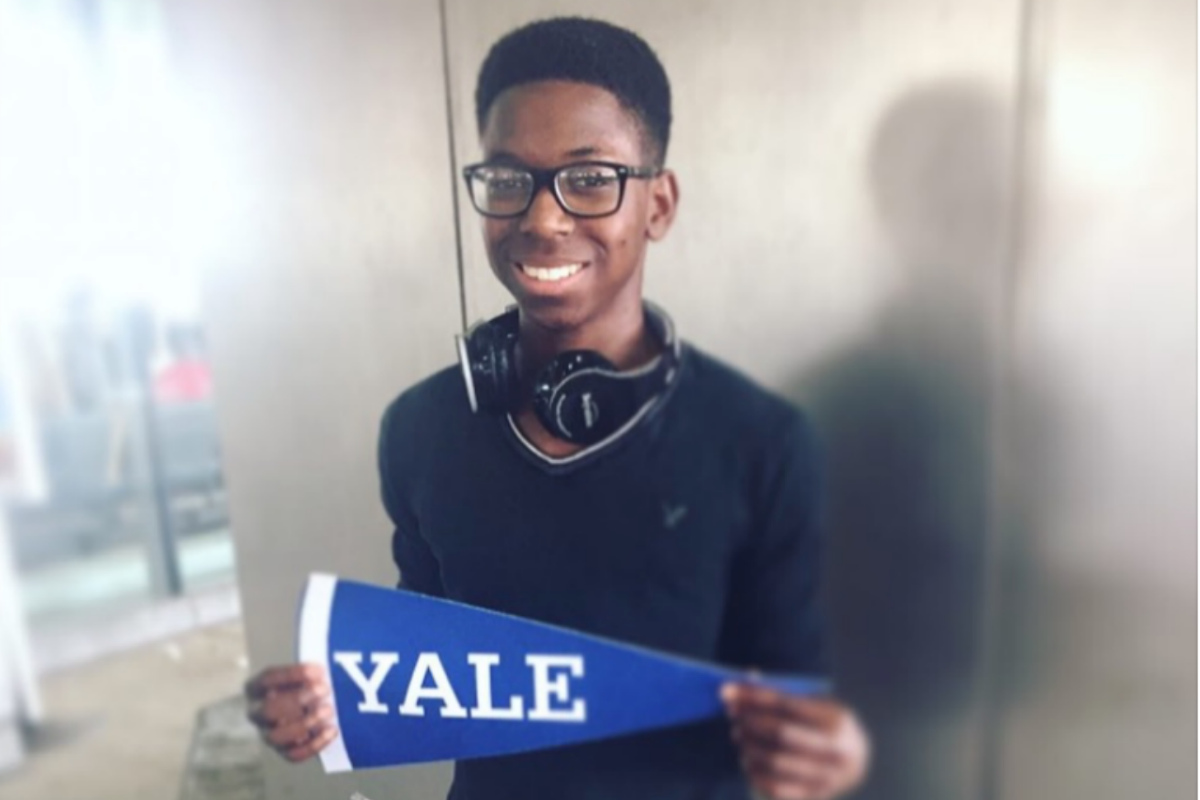 Emmanuel: Mom is a first-generation Nigerian-American, and I like to think that we — all five of her sons – are pretty successful. How do you think we got here?

Steven: When we were kids, Mom and Dad would force us to complete workbooks to strengthen our minds in mathematics and literature. This is just one aspect of our upbringing that I think propelled us to continually raise our standards. Our whole family motivates me. It’s inspiring to have older brothers and cousins who are studying engineering and racking up jobs and internships everywhere from Pinterest and Facebook to McKinsey and Boeing. I have constant reminders to continue pushing myself. The bar is high!

Emmanuel: The line on your GoFundMe page that reads, “The general public is not taking action. But I will.” is really powerful. What advice would you give to others who see a problem and want to take action but don’t know where to start?

Steven: Find a professional who can be mentor you. From there, start on a small scale and slowly work your way up. When I started this project, I had no clue what to do, so I asked my high school physics teacher for advice. He pointed me in the right direction, telling me what kind of vacuum pump I’d need and where I could buy a good one fairly cheaply. From there, I was off.

Emmanuel: If you could make one change in the world beyond your next project, what would it be?

Steven: Ending the future use of fossil fuels. This is clearly a long process, but it’s best to begin the conversion right away and on a worldwide scale.

Emmanuel: Where does the project currently stand?

Steven: I’ve been able to make some great progress since my first campaign: I’ve finished building the fusor’s vacuum chamber, which allows for the installation of a pressure sensor and neutron detector. I’m currently working on another Generosity campaign. My goal is to raise $750 in order to get the rest of the supplies needed for the reactor.

Emmanuel: Assuming the project gets fully funded, what’s next for you?

Steven: I’d like to conduct some experiments with deuterium fusion and join the Neutron Club on fusor.net . I also plan to enter this project in science fairs and competitions whenever I have the chance and to pursue scholarship opportunities.

More generally, I’d like for this project to generate awareness for more sustainable energy sources for the future. My goal is to start a conversation at the state – and even the federal – level about more serious action towards adopting alternative energy sources. I figure that if a high school student can do this, there’s no excuse for any of us.