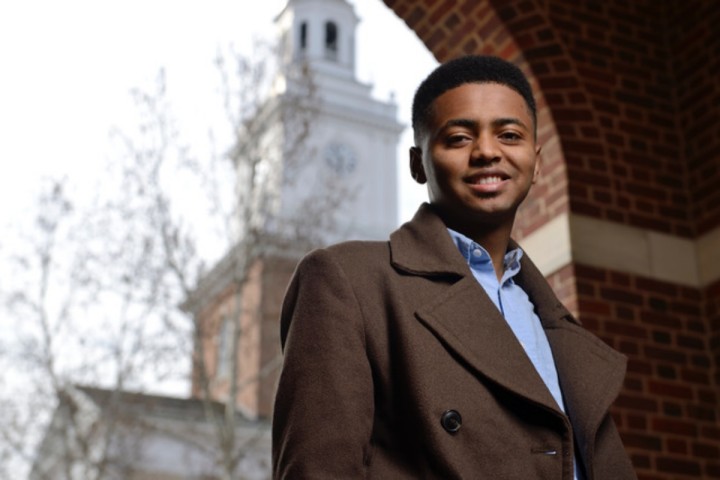 Not only did Johns Hopkins senior Melaku Arega get accepted to all ten of the medical schools he applied to, including Harvard and Stanford. He also received full rides at seven schools and partial scholarships at the other three, raking in more than $2 million dollars in total scholarship offers.

And what did he do to celebrate?

“We felt that there were not enough advising resources when we applied, and the limited resources that were available were marketed at a very high, unaffordable price,” he says. Whereas private admissions consultations tend to start around $2,000, White Coat Strategists’ starting packages can be up to 80 percent lower in cost, says Arega, adding that the organization has already offered pro-bono packages to a few high-potential students.

Counseling also comes from insiders. “We think we can bring value to pre-med students by giving them more accessible advising services from students who know what the experience is like,” says Arega, whose cofounders – Sonko and Siddiqi – are headed to the University of Pennsylvania’s Perelman School of Medicine and Harvard School of Medicine respectively"

Through White Coat Strategists, Arega hopes to increase the diversity of the medical field, which has actually seen a decrease in attendance of Black men since the late ‘70s. Whereas more Black women, Native Americans, Hispanics, and Asians enrolled in medical school in 2015 compared to 1978, the number of Black male attendees dropped from 542 to 515. And during the 2011-2012 school year, about 7 percent, or just over half of the proportion of the Black American population overall, of medical students were Black.

That’s not doing anyone any favors. “Patients in the United States are very diverse, and we need the healthcare system to match that diversity,” says Arega. While there are many factors — poverty, geographic location, and deeply ingrained cultural practices among them — that contribute to poorer health outcomes among Black compared to White Americans, a lack of Black doctors isn’t helping the situation.

“I am very aware that I am entering a field where people who look like me are underrepresented,” said Arega. “We aim to shake up this market by providing more accessible rates so that people from diverse financial and ethnic backgrounds have the support they need to get into top medical schools. If we really want medicine to be a viable career for people of all backgrounds, there needs to be a system-wide push to make pre-med preparation available to more people from more walks of life.”

Born and raised in a small town in Ethiopia, Arega immigrated to America in 2009 when he was 14 years old. As a child, he was starkly aware of how the poor quality of health in his hometown afflicted his community. His choice to pursue medicine stems from a desire to help more people – especially those from backgrounds similar to his – achieve the health they need to lead longer, better lives.

With White Coat Strategists, Arega has seemingly found a way. The company expected to reach only a handful on students this year, but surpassed this goal in just two weeks and has brought on additional consultants and students from schools such as the University of Maryland.

“One of my biggest hopes is to see more Black and African students matriculating to not only diversify medicine,” he says, “but to also change the face of what people expect physicians to look like.”