What Juneteenth Means to Jopwell Employees 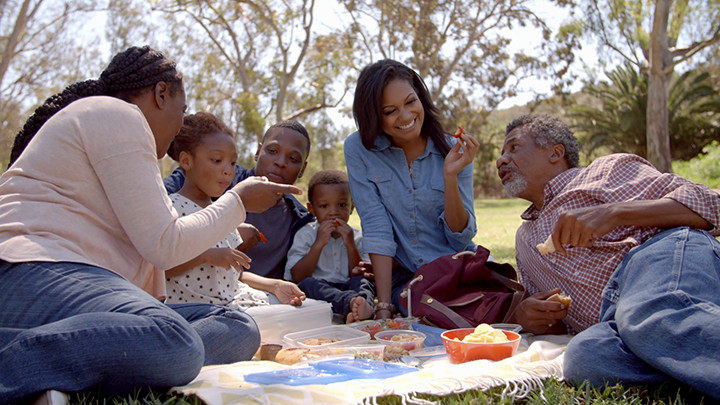 When did you first hear about Juneteenth? Depending on where you grew up, your family’s knowledge of African American history, or your education over the years, you might have learned long ago that despite the official freeing of “all persons held as slaves within any State or designated part of a State” per the Emancipation Proclamation in 1863, many people continued to be enslaved until June 19, 1865 — which became known as Juneteenth.

The Proclamation applied to all enslaved persons in the U.S. but, in practice, was initially only enforced in and near Union lines. As word of emancipation spread, slave owners fled with their slaves to Texas hiding the news. It wasn’t until General Gordon Granger entered Texas with Union troops on June 19, 1865, issuing an official order of compliance with President Lincoln’s decree, that the Emancipation Proclamation was considered the rule nationwide.

It’s pretty remarkable that such a monumental part of history isn’t told to many students when they first learn about President Lincoln or the Emancipation Proclamation, but an all-hands meeting at Jopwell on Juneteenth revealed that the omission is incredibly common.

“I had no idea what Juneteenth exemplified until college,” admitted Tiara Budd, Community Engagement Lead. “That changed when I went to a school like Hampton. I felt super proud and excited to be at a school that was part of that history-making moment — though I was sad to reflect that I didn't have that knowledge growing up and it was less of a priority to discuss.”

Lesley Robinson, a diversity recruiter at Jopwell who also attended Hampton, explained that the Virginia university was the site of President Lincoln’s first reading of the Emancipation Proclamation in the South. “I attribute [learning about Juneteenth] to being in the South and having a lot of friends from Texas,” said Robinson. “I don’t remember hearing about it in New York. It’s interesting coming from a majority New York-born-and-raised family and nobody thought that was something that should be mentioned.”

Other Jopwell staffers agreed that they first learned about Juneteenth as adults, and many echoed the idea that attending an HBCU or having closer proximity to the South was a reason. “It shows how large the black diaspora is,” said Sam Turner, a recruiter. “My mom is half Jamaican and was raised by the Jamaican side of her family. Their parents didn’t teach them the importance of Juneteenth so they didn’t teach it to me. When I went to Howard, people would say, ‘Happy Juneteenth!’ and I would respond, ‘...You too?!’” she joked. “The black diaspora is not a monolith.”

A surprising number of people attributed their recent knowledge to pop culture, namely shows like Atlanta and Black-ish, and similar to Turner’s comment, shared that they hadn’t learned about Juneteenth coming from a non-American background. Shanai Major, a recruiter, noted that growing up in a mixed culture (one of her parents is Nigerian), meant that Juneteenth went unmentioned. Robinson said that she knew more about Haitian Independence Day than she did about Juneteenth because she was closer to that community growing up — something that is less surprising if one considers New York City’s large African and Caribbean diaspora. Other Jopwell staffers, particularly those who grew up outside of the U.S. or are first-generation American, agreed heartily.

“Even if you went to school in America, you wouldn’t have [learned about this]. The majority of black culture I learned was at home, and that speaks to the fact that, for a variety of reasons, our history isn’t as important. It’s American history but it’s a blip on the radar even in the 21st century," Client Success Associate, Sivona Blake, remarked.

Toward the end of the discussion, Nate Pringle, Head of Product, asked those who were already familiar with Juneteenth to share why their understanding of the day is celebratory rather than somber. “The concept is that there wasn’t emancipation for everyone and that there were more years of enslavement for African Americans, but [Juneteenth] is a celebration,” he said — a point that resonated for many in the office.

How do we acknowledge days of remembrance like this, that are largely overlooked on a national level or entail a more complicated narrative? How do you celebrate “a false start” toward establishing freedoms and rights? Campus Recruiting Manager, Chris Gooding inquired.

The consensus was that conversations like this are a crucial place to start. “It shows how much of an active role we have to take in learning our history,” asserts Via. “We need to learn those things so we don’t go back.”