What Happened When I Wrote A Letter To President Obama (Hint: He Answered) 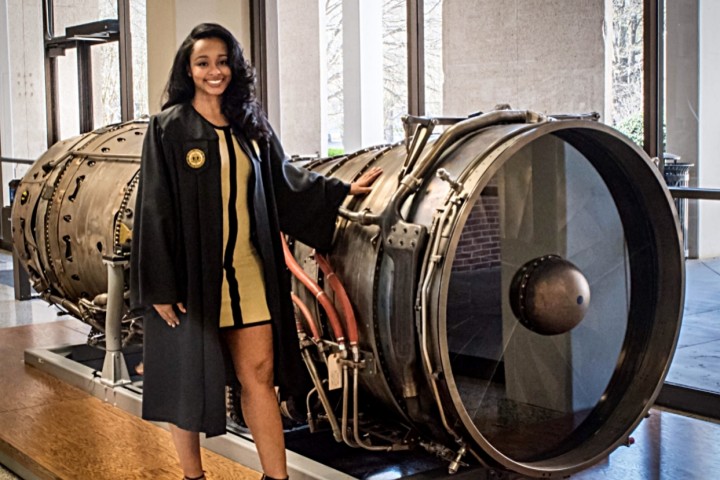 Flash back to November of 2014. It’s 3 a.m., and I’m sitting in my dorm at Georgia Tech, working through a problem set due in a few hours. Frustration sets in.

I’m attempting to understand why I keep coming up with different solutions for this particular thermodynamics problem. I’m stumped. I decide that if I can’t solve this problem, I can’t graduate. If I don’t graduate, there’s no hope of paying off my student loans.

I ask myself: Why exactly did I choose to major in aerospace engineering?

Of all the questions I’ve been pondering lately, that’s one I actually have some answers to. I’ve wanted to be an engineer ever since I was a little kid, and while it’s hard work, I feel grateful knowing that I can make a career out of my passion for astrophysics and airplanes. This feeling gets me thinking about what my mother has gone through in her professional life. An educator with three impressive degrees, she is incredibly passionate about her work. But the return on investment is too low for her and my dad, a retired veteran and firefighter. Passion has not paid for the loans she took out to fund her dream career. I have friends in the same position – struggling between what they want to do and what they feel they have to do.

Who can I complain to about this? Who can I ask? Who has the power to change things?

I type “How to reach President Obama” into Google and am automatically redirected to whitehouse.gov.

Yes, it’s 3 a.m. and I still have homework to do. Somehow, this feels more urgent (or at least more conquerable). I begin frantically typing directly into the text field of the “write President Obama” form, too consumed with my rant to actually open Microsoft Word and bother with spelling and formatting.

The words just poured out. I can’t remember exactly what I wrote. I didn’t even save a copy of the letter. It was something about how unfortunate it is that people have to weigh which degrees they get based on the ROI of a too-expensive college education.

I hit send. I went to sleep. I went on with my life. Sure, I told my mom about it the next day, but more as a funny aside than anything else. I didn’t imagine anything would come of it. Why would I?

I was wrong. Several months later, I received a call from an unknown number during class. Afraid it was an emergency, I stepped out to take the call.

“Hello. I’m calling from The White House. We’ve chosen your letter for President Obama to read today. Are you okay with that?”

My response? “Oh my God. Please spell-check it!”

The President, I learned, receives approximately 22,000 letters a day and reads around eight. Somehow, one of them was mine.

I imagined that was the end of that. A good story to tell, sure, but nothing more — until I received another call from The White House letting me know I would be receiving a response. The call was followed by the arrival of a large, grandiose envelope in the mail. I couldn’t believe it. I called my parents and friends and read the letter aloud to them. With permission from The White House, I shared it on Twitter and Facebook. The letter – between the reference to rocket science and the acknowledgement of the pain of student loans – felt incredibly personal. I Instagramed it and basked in the glow of semi-directly interacting with the President. But once again, I moved on and got back to my problem sets.

About a month later, though, I received another call from The White House asking if I’d like to come hear the President speak in my area. Sure. A few days later, word spread that President Obama was coming to Georgia Tech to speak about college affordability. Interesting. The day before his arrival, I was in the middle of a rocket propulsion class when I got another White House call.

“Do you want to introduce the President tomorrow?”

I’m not a public speaker, and I’m (clearly) not a writer. Yes, I agreed to do it. I drafted a speech, although I don’t remember it too clearly. That next day was a haze. Introducing the President of the United States to a group of 6,000 classmates will do that to you.

Here’s what I do remember: President Obama really is just as tall and personable as he seems on TV. The Secret Service ushered me into a room, and the President walked in, shook my hand, gave me a hug, and started cracking jokes.

“I hear you’re an aerospace engineer. I actually have a plane myself,” he said, pointing outside to Air Force One.

As we headed to the arena for the official address, I started to freeze up. “I’m even more nervous to introduce you than I was to meet you,” I told him.

He stopped walking. “Someone give me a pen,” he said to the Secret Service agents traveling with us. I’ve never seen so many people move so quickly.

A moment later, this was scrawled on my crinkled copy of my speech: I’m so proud of you. -President Obama.

I like to think that I did. And while I realize this exact experience may not be in your future (though you really never know ... ), the process highlighted a few important lessons about what it takes to be successful. 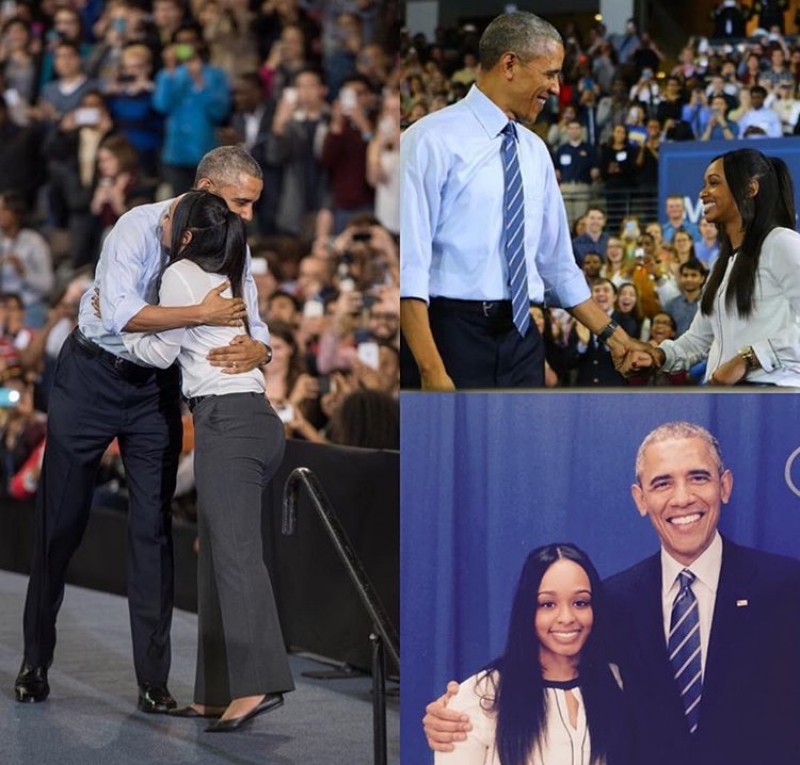 1. Ask for what you think you deserve.

Whether it be extra ranch dressing for your wings, a higher grade at the end of the semester, or a response from the President, you should ask for what you want. You’re not going to hear a “yes” from anyone unless you try him or her. Owning that boldness is part of how I got into aerospace engineering. As a kid, I was always asking my parents, “Can we go to Radio Shack? Can I enter the science fair?” They encouraged and enabled me, and that made a huge difference, especially when others were skeptical or said no. Here I am now, still asking.

I don’t mean this in the worshiping sense. What you believe is personal, but in my case, my faith helps me remember that I have a higher personal legend to live out. My work is not for nothing, even when I fail. When something goes wrong – whether that’s a bad grade or something completely out of my control – it can feel like the world is crumbling down. That’s when I pull back and remind myself that there is a higher path and that as long as I keep going, everything will be okay.

3. Know the power of finesse.

Not everyone has a 4.0 GPA, but on-paper qualifications aren’t the be-all and end-all. Can you go to office hours for more help? What resources can you take advantage of? How can you build your professional and personal networks? People will see your effort, and even if it doesn’t pay off in the moment, it’ll help set you up for future success.

Rocket science isn’t easy. I love it, but there have been so many times – like when I first reached out to the President – when I have wanted to quit. To keep myself going, I think about what’s at stake: The pride, the earning power, and the time of the people I care about most. I consider all the people who’ve invested in my success – from my teachers to my parents to my friends. That makes a big difference. We all struggle, and we’re a team. That’s why we simply can’t give up.