Summer Intern Recap: What I Learned On Capitol Hill 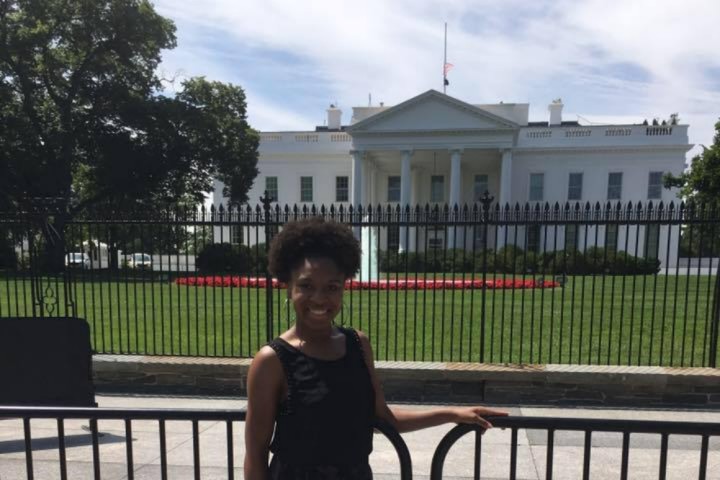 This past summer, I worked as a congressional intern in the office of the honorable Congresswoman Brenda Lawrence. Congresswoman Lawrence serves as the U.S. Representative for the 14th District of Michigan, which includes my hometown of Detroit.

My work included basic administrative tasks, including answering constituent phone calls, making coffee, and sorting through emails and snail mail. But I also volunteered to edit talking points for the Congresswoman, accompanied her to the House floor, and gave constituents tours of the Capitol. I attended briefings, press conferences, and other informative meetings that gave me rare insight into potential solutions for pressing issues in Detroit related to education, health insurance reform, opioid abuse, and mental health.

As a student in the Eli Broad College of Business at Michigan State University, I had planned to pursue a career in business. But after my internship, which alerted me to the lack of diversity (especially when it comes to Black women) in Congress and many government-related jobs, I'm now intent on pursuing a political career.

I want to show youth that come from inner cities, particularly young Black girls, that creating change through elected office – be that mayor, a U.S. representative, senator, governor, or even the President of the United States – is possible.

Here are three highlights from my summer on the Hill:

1. Stepping foot on the House floor.

The first time I accompanied Congresswoman Lawrence to the House floor blew my mind and reminded me that I was actually interning in Congress. Although interns were not allowed to go on the floor during votes, I was able to see Cory Booker, Nancy Pelosi, Marcia Fudge, and other legislators I’d previously only seen on the news or in history books. There’s something very humbling about actually watching elected leaders in action. The most validating sight was seeing Black women walk on and off the floor.

Among the most memorable moments was witnessing House Democrats, led by Rep. John Lewis of Georgia, occupy the House floor in a sit-in to draw attention to the continuous acts of gun violence across our country. Watching in awe from the House Gallery with other interns, I was at once reminded of the hard roads paved by my ancestors using similar nonviolent demonstrations and inspired to promote greater unity among my generation.

2. Learning history through a Library of Congress Scavenger Hunt.

This was one of the coolest events I participated in all summer. Myself and two team members were able to unlock a lot of trivia at the Library of Congress. One of the challenges was to put the Presidents in chronological order and match them to some of their famous quotes. In another challenge, we had to decipher which states were missing on the ceiling tiles of one of the rooms. We learned a ton of fascinating information about our great country.

How many people can say they were able to witness with their own eyes Michelle Obama and Oprah Winfrey on stage together? Well, thanks to my Congresswoman, I was one of those lucky individuals. Attending the United State of Women Conference was my all-time, favorite experience and I am forever grateful I had the chance to attend. Hearing speakers who were around my age or younger than me inspired and motivated me to run for political office in Detroit, where I hope to effect positive change. I know I have to graduate college first, but once I do, I’ll be ready and eager to lead.