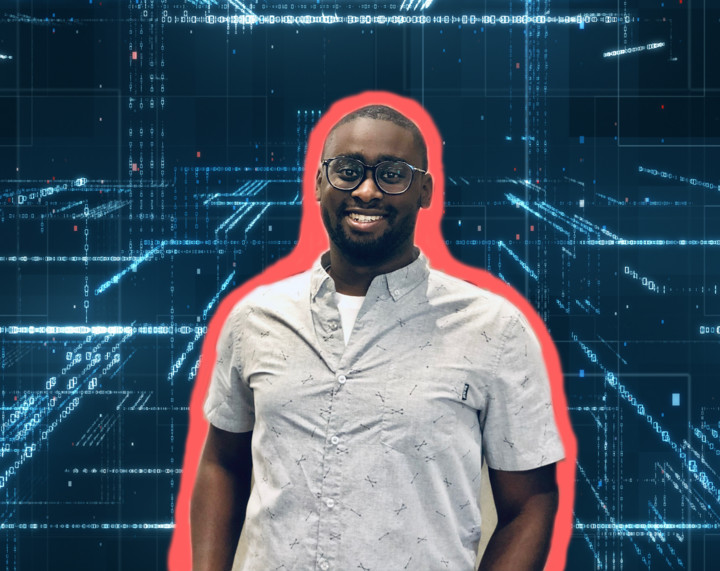 Dystopian movies these days are usually about the earth taking her revenge on humanity or technology taking the reins. It’s no surprise: the growth of artificial intelligence has led to more experts warning workers that the changes that come with automation could impact the nature of employment. “The robots are coming for your jobs,” they caution. Startup founder Deon Nicholas has a comforting message to anyone freaking out about the singularity led by our machine overlords: humans are not obsolete.

Nicholas, 25, is the co-founder of Forethought, an AI company whose first product, Agatha, aims to support rather than supplant the modern workforce, specifically in the customer service sector. “Knowledge workers” (think: IT professionals, sales reps, help desk reps) waste over 38% of their day accessing the information they need to do their jobs,” Nicholas says. “They’ve got to look up stuff about the product and about the customer, and that’s super time-consuming.”

Forethought’s tools “basically embed that information into your workflow. For our first market — customer support agents — we integrate into your help desk, listen for tickets as they come in, and then give agents suggested answers or resources that help them solve problems more efficiently,” Nicholas explains.

The concept is a promising one and has attracted the attention of investors to the tune of $10 million in funding in less than two years. Nicholas shared with us how he got started in a field that portends the future, the highs and lows of being an early-stage founder, and what it’s like being his own boss.

My passion for AI goes back to high school but my interest in coding starts way earlier. When I was six or seven years old, my older brother had a friend who was a literal hacker — he knew how to get into people’s computers (or so I thought when I was a little kid). He showed me some of that stuff and downloaded a video game maker onto my computer that used if-then logic to create characters and stories. I have three brothers and we’re a family of gamers, so I became really interested in how videogames worked. When I was about 13, RPG and all the Final Fantasies got big, and I started dreaming about making games for Xbox or Game Boy. When I learned that a lot of those are built on C++, I decided to teach myself. I started to build a lot of little games that I could play and show my brothers, and coding stuck with me from there.

The summers after 11th and 12th grade, I interned in the machine learning lab at the University of Alberta in Edmonton in a program for college and computer science high school students. I got to work on projects with professors who worked at Amii, the Alberta Machine Intelligence Institute and found a practical application for what I learned in school. I was definitely a math and computers guy and was really bad at subjects like history. In senior year, I built an AI that would read my notes and quiz me on the material. Since then, I’ve been obsessed with how AI can help people become smarter.

My co-founders and I have the long-term mission to help everyone be a genius at their job via access to information. Humans are not going away! They’re the bread and butter of things that need to get done. Instead of trying to replace them, why not leverage AI to make humans better? Helping people achieve their full potential is the most important thing. Automation is useful, but AI as it stands today still has a long way to go before it can solve some of the world’s biggest problems. You always have a human as that last line of defense in case the AI is wrong. People have empathy and can make connections with people; AI is really bad at that.

One of the big differences between running your own company and working for someone else’s is that for any given task, there’s really no one else to get it done. At a little company, everything you do matters. If a client needs to get something done, it’s not someone else’s problem; every human on the team is all hands on deck, all the time. This can often lead to a rollercoaster of emotions.

For us, winning TechCrunch Disrupt Battlefield last September was a definite high. We were still in stealth mode and actually decided to launch at the competition. We also had two employees start that week, and while they were on stage, they were probably thinking, What’s going on? Is this what my job’s going to be like? It was a surreal and grueling process. We tried to maintain the attitude that we could win — we had at least a one in 25 chance — it was going to take work and practice. As preparation, I pitched our idea to my mom. I pitched my little cousins. I pitched everyone who would listen. Prep and practice cannot be underestimated, and I truly didn’t appreciate that until TechCrunch.

Even though I’m okay at public speaking, my pitch transformed over time. I learned you have to go through many iterations to get your pitch right and really pay attention to feedback. When you pitch people, they will often ask you questions about your business, from things you haven’t thought of, to things that are risks for your plans. By the end of all of my preparation, I had a list of the top 20 questions people asked about Forethought. By the time we launched at TechCrunch, we had heard the questions the judges asked at least 10 times already.

I’m also aware that as a black founder, I might be perceived differently when pitching — often in really subtle ways. It is true that the typical set of founders who raise money from VCs look a certain way and have a certain background. I’ve never been explicitly treated any differently, but I do feel like I have to start my pitches with my credentials in order to get the attention I want from my audience. The most important thing I could do was adapt to that and focus on building the business from there. Founders of color may have to work harder sometimes than other folks, but you’ve got to push and be true to who you are and your strengths, crack into the networks that can help build you up, and stick with it.