Q&A With Charles Hudson: How To Build A Career In Venture Capital 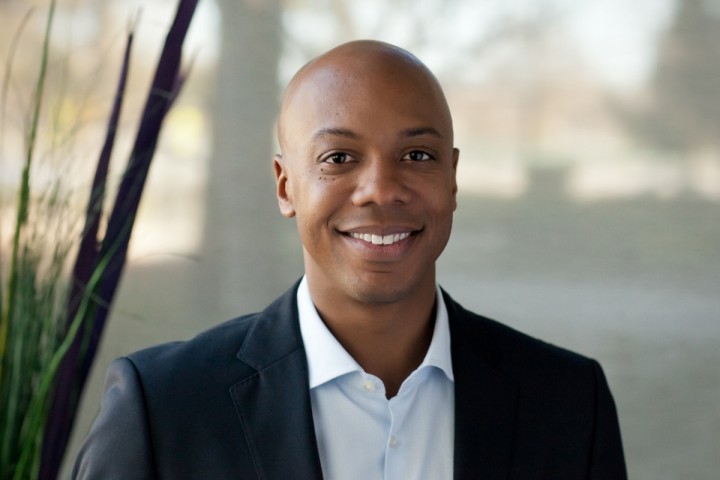 Charles Hudson is the founder and managing partner of the pre-seed venture capital firm Precursor Ventures.

Sequoia Taylor: Hey everyone – I’m a San-Francisco-based entrepreneur and founder of Ambitious Grads, and I’m here with venture capitalist and entrepreneur Charles Hudson to talk about careers in venture capital, or “VC” for short. It’s a field that even those of us already working in the tech and business scene don’t always have a great sense of, especially when it comes to how to break in. Charles, let’s start by hearing a little about you, your background, and how you started your investment firm.

Charles Hudson: Thanks, Sequoia. I’m happy to be here. I'm currently the managing partner at an early-stage venture firm, Precursor Ventures, which I started last year. Before that, I was a partner at a firm called Softech, also based in the San Francisco Bay Area. I’d previously worked as a venture capitalist at another firm called In-Q-Tel, and I also had stints at Google and a handful of startups. The work I did at Softech actually gave me the idea for a new kind of venture capital firm, so I left to create it.

ST: Tell us a bit about Precursor and your vision for the firm.

CH: Precursor is still very young. We try to focus on systematically backing high potential founders who are very early in their journey. The majority of those folks will be first-time entrepreneurs or entrepreneurs working in new areas. I believe this is where capital is most needed and where we can create the best returns. The model is to make 15 to 20 investments per year. ST: What’s your advice to an ambitious person who’s new to tech and trying to break into the industry?

CH: The tech industry can be intimidating with all the jargon. There’s a fair amount of specific language you have to learn. But I tell people not to get too hung up on the acronyms – it all starts to make sense the more time that you spend around it. The big key is to get yourself in the flow. The ability to learn new things quickly is an incredibly useful skill. It wasn't something that I fully appreciated, but I find a lot of my job relies on how quickly I can wrap my head around a new market opportunity.

ST: How does the venture capital world differ from other industries you’ve worked in?

CH: Venture capital is a very unique industry. The reality is that there are not that many venture capital firms out there – maybe a couple hundred. Most of them do not hire young people who are relatively early in their careers. It’s important to pause and think about what that means in terms of the odds. It shouldn't discourage people from pursuing careers in VC, but I do think it's important to know that it's an industry that doesn't hire people very often, particularly at the non-partner level. If your goal is to get into venture, I would encourage you to come up with a five- or ten-year plan for becoming a venture capitalist because it could very well take that long. Plan to become an expert in something, like an area of technology or a certain function in the company. I also think having spent time at very successful companies can help you. Last but not least, building relationships with VCs is an important prerequisite. The first person we hired at Precursor was someone who many of my investors had known for a very long time, and that’s how we were introduced.

ST: Talk us through the pros and cons of working at a startup versus a big company early on in your career.

CH: It's a very individual decision, and it all comes down to fit. If you’re new to tech, though, the quickest and most efficient way to get a toehold in the industry is to work for a more established company. It'll give you a bigger social network and build your professional network right off the bat. It also positions you to use your company name to get in front of the right people as you move your career forward. While I have a strong preference for startups, my two years at Google proved to be one of the more impactful career decisions I've made.

ST: How would you describe the experiences and skills you can gain from working at early-stage startups versus those you get from being at a more established company.

CH: Startups operate with a high degree of uncertainty, so in that sense, they are not necessarily the most financially lucrative or stable. But on the flipside, there's a lot you have to figure out on your own. You’ll get more responsibilities because there are fewer people in the bureaucracy. At a larger company, you can get prestigious training and mentorship, but the path to more responsibility is often much slower. Consider where you are in your career and your life. There are times in life when it makes sense to take a professional risk, and there are times when the more traditional path could really pay off for you.

ST: What skills and mindsets did you learn from your time at Google?

CH: I would say that I learned really different lessons from Google and startups. When I was at Google, I think the most important thing I learned is the power of a strong core business in fueling innovation. The fact that Google had a really healthy advertising business allowed the company to take a lot more risks and push the boundary into new technology areas. In most big companies, there is always someone who has done your job before or has at least set some parameters for how it should be done. At early-stage startups, this is not the case. You are building the best practices and culture as you go.

ST: As an investor, what have you learned about assessing whether or not a startup will be successful?

CH: It's very difficult to predict. The default for most startups is that they will fail. Sometimes failure happens quickly, and sometimes it happens slowly. But that's the default. If there’s any advice I could give someone deciding whether to join a specific startup, I’d say two things: First, make sure you have a sense of the founder's grand vision and that you believe in both the vision and in the the steps that you need to take to realize it; Second, the most important ingredient in a startup is the temperament and wisdom of the founders. If I were a new college grad, and I were joining a startup of less than 50 people, I would do everything I could to get really good intel on the quality and reputation of the founders.

ST: What are some good ways to keep up with industry insights?

CH: Techmeme is a good aggregator of the articles and stories that people in the tech ecosystem are most likely reading. TechCrunch covers the big-ticket stories happening in the industry. If your interest is more in venture capital, I would say StrictlyVC and PE Hub are a great way to keep track of new companies getting financed and for editorial coverage of the company on the investing side as well.

ST: Looking back, is there anything you would have done differently early on in your career?

CH: Good question. When I first got into the tech industry, there was a lot of focus on being a product manager, particularly if you were not technical enough to be an engineer. I spent a lot of time chasing the typical “non-technical” career path instead of following the path that spoke more to my skills and abilities, which were much more on the business development side. While being a product manager is a rich experience, I realized I wasn’t putting my talent to its best use. I wish I had ruled out that path for myself sooner rather than later.