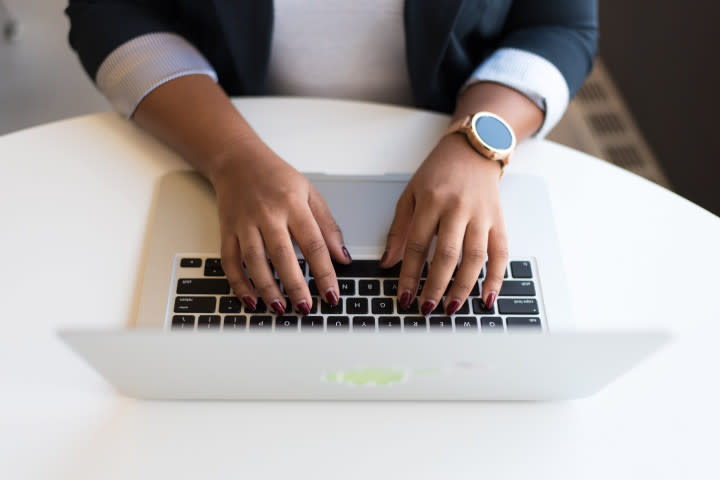 Black, Latinx, and Native American groups are among some of the most underrepresented groups in today’s workforce environment. Although attention to diversity, inclusion, and equity throughout companies seems to be more of a priority today, it’s apparent that there’s a limited focus when considering people from Native American backgrounds.

Native American Women’s Equal Pay Day is today and in an effort to spread awareness to a prevalent issue that we see in the workforce, we spoke with a Jopwell member who identifies as Native American to discuss some of the challenges they’ve faced in their professions, why cultural representation should be a priority in the workplace, and why equal pay for Native American women and other underrepresented groups is important and necessary.

The exclusion of Native American individuals is so evident that, in most cases, research shows Native American employment metrics being less than one percent of people in any given organization. We also see a huge disparity in the research and data because—frankly, it’s difficult to even compile information on how many Native American people are employed by any given corporation. This is especially concerning since we still haven’t made enough promising strides regarding other ethnic groups.

In the last few years, there has been an increase of diverse hires from technology hubs like Google, Microsoft, Apple, Facebook, and other smaller technology companies. Since 2014, much progress has been made when it comes to increased representation but the results of the Forbes 2019 diversity report signify that more progress needs to be made. “I start to notice that people are becoming more and more aware of the importance of diversity and cultural representation in the workplace,” said Aimi Capuleño, Business Development Manager at Diligente Technologies. “I feel strongly that ideas and innovation are products of diverse perspectives and encouraging these differences.” Working in the Bay Area of California, Aimi Capuleño’s experience with cultural diversity in workspaces has been fairly positive but she still believes that underrepresentation exists within her Native American professional communities.

Native American employees increased slightly between 2017 and 2018, but there’s still work that needs to be done in efforts to seeking qualified and quality applicants from diverse backgrounds. Similar to the leadership data across gender, the number of Native American employees hired for leadership positions declined in 2018. “I think that diverse cultural representation is key for a corporation to succeed. As the US grows more diverse, the corporations who come up with the best ideas—ideas being understood as the byproduct of diversity—will be the ones that strive,” said Capuleño.

Diversity and inclusion isn’t simply a monolithic approach to hiring more people of color. Strategic implementation is needed so diversity and inclusion is a recurring metric for an organization's key performance indicators. According to the Bureau of Labor Statistics in 2016, the overall unemployment rate in the US was 4.9 percent. For Native Americans, the unemployment rate was an alarming 8.9 percent—the highest among all races at the time. This proves that there is an undeniable need for employee engagement for native groups. Native American women earn approximately $0.58 cents on the dollar of White, non-Hispanic men. Which means, Native American women would have to work nearly double the normal weekly hours to achieve the same amount of money as White men. This year, Native women have to work almost 22 months to earn as much as what a White man makes in 12.

The first step toward equal pay and Native American engagement is stepping outside the box of ambiguity and challenging spaces and people to learn about these groups and how they can effectively support them in professional spaces. It’s apparent that there are companies taking the appropriate strides to creating diverse spaces but there is much work that still needs to be done. Here’s how you can support today.