My Road From Farm Life To Hollywood 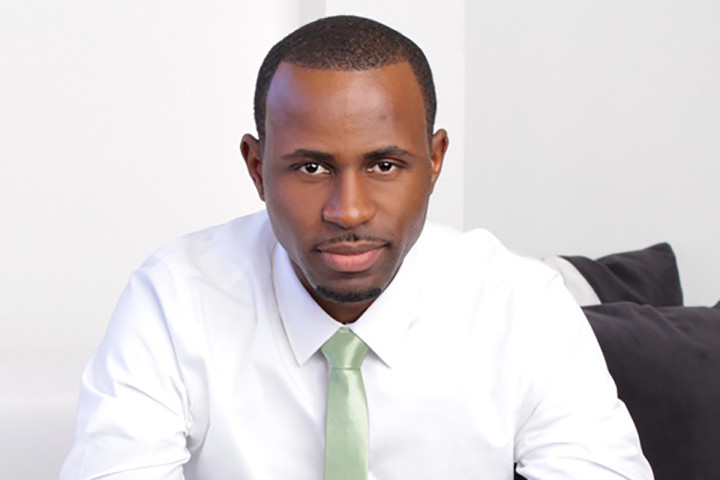 My mother raised my eight siblings and me in a two-bedroom trailer on my grandparents’ farm. The rooster’s crow was my alarm clock—the signal to my siblings and me to start our chores before the school bus came to pick us up. As the eighth of nine kids, I got off pretty easy. Most of my time was spent strolling pastures, watching the horses, and climbing trees so I could look out over the whole farm.

I was a born dreamer, and my first big dream was to go to college. No one in my family had ever been, so I was terrified – but also excited. In 2006, I graduated magna cum laude with a bachelor’s in mathematics. I had always wanted to act, but math seemed sensible and stable and, above all, pleased my family. But then I found out I was accepted into the American Musical and Dramatic Academy in Hollywood, which I’d secretly auditioned for. My family wasn’t thrilled with my decision to “abandon” mathematics and move across the country to pursue acting. Still, I was offered a scholarship, so I went. I couldn’t have known it then, but over the next decade I’d have the opportunity to work with some of Hollywood’s greats, including Taraji P. Henson and Kevin Hart. 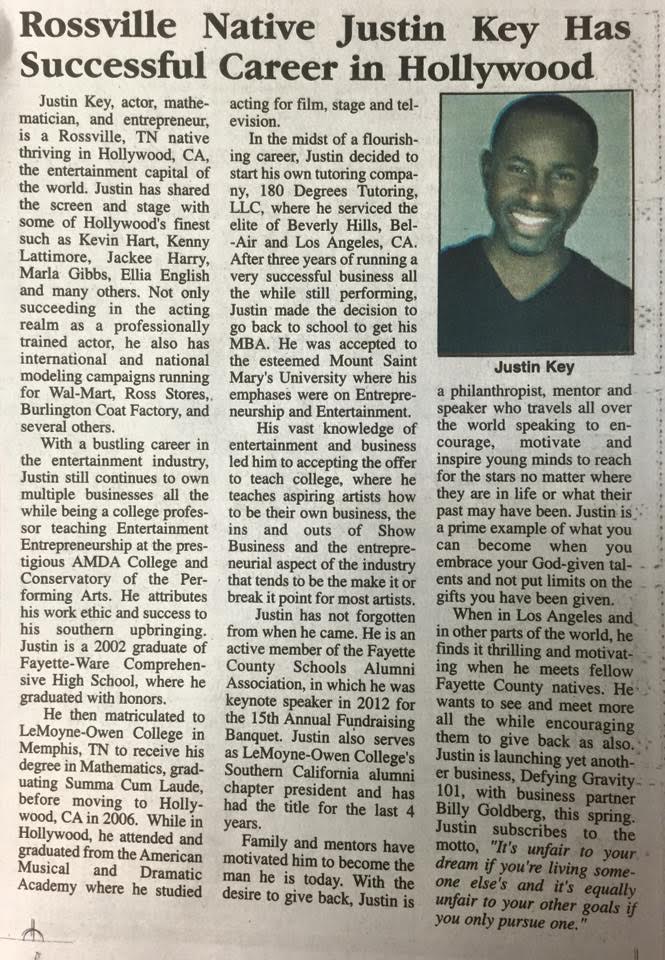 A few months after graduation, I was officially an actor-in-training living in Los Angeles. (Picture a skinny black guy wearing a fedora and bright smile going to audition after audition.) I signed with my first agent and started booking jobs. That lucky streak lasted until late 2007, when the Writers’ Strike put most everyone out of business. The cost of living in L.A. is extremely high, and I had to quickly figure out a new way to pay my bills.

It was a scary and low point in my life. It was also a time when my family’s insistence on getting a math degree served me well. I’d tutored other students when I was an undergrad, so I decided to channel that experience into started my own tutoring company. My clients were wealthy and high-profile residents of Bel-Air, Beverly Hills, and Westwood—neighborhoods that couldn’t have looked more different from where I’d grown up.

There was a lot of demand for tutors, so I hired other performers with college degrees and a special dose of charisma that was key to the company’s success—we could make learning fun and teach students efficiently. I was back on my feet, generating the income I needed to cover my expenses and help out my family, while also allowing me the flexible schedule I’d need to act once the strike was over.

As the company grew, my acting schedule remained very sporadic. During the lulls, I would think to myself, ‘Justin, why exactly did you choose to fall in love with an industry where only 3 percent of people actually secure work?’

I could have panicked, but I loved acting, and in some ways I also appreciated the challenge of figuring out how to make this path work. In 2012, I decided to get an MBA in entrepreneurship from Mount Saint Mary’s University in Los Angeles. I kept tutoring between classes of my own—the bills weren’t paying themselves, and the endless auditions unfortunately weren’t paying them either. While it was a struggle to stay energized, I learned a lot about balance. I spent every other weekend in class and reserved weekdays for tutoring, auditioning, and doing homework. I got up at 5 a.m. every morning, had my devotion, meditation, and prayer, and then headed to the gym. I’d spend the rest of the morning catching up on assigned reading, going to auditions, and getting ahead on assignments before going to tutor or meet up with classmates to work on projects.

It was hard, but getting my graduate degree turned out to be one of the best decisions I’ve made in my professional career. As I learned more about how the world of business worked, I started making more strategic decisions. I saw the bigger picture, considering what businesses I could start and scale in order to impact more people, and only accepting roles that would help brand myself as the actor I've always wanted to be. When the time was right, I dissolved my tutoring company so I could focus on traveling and speaking to underrepresented minority groups about the importance of pursuing science, technology, engineering, and math. I wanted to dispel the stigmas that I saw — the idea that a young Black man and a math degree don’t mix. Mostly, I wanted to open people’s eyes to the innovation and to the fields that truly shape our modern world. I launched a new company, Defying Gravity 101, in November 2015 and accepted a professorship position to teach entertainment entrepreneurship while still continuing my first love of being a working actor.

A lot of people assume my degrees were a plan B. But as I reflect on my path, I realize now that they are actually complements to plan A: acting. They allow me to afford to live in L.A. without having to put limits on my acting career and goals. They also laid the foundation I needed to launch Defying Gravity. Today, my cofounder and I speak to acting students. We focus on teaching how to actually succeed in show business — how it’s 90 percent business and 10 percent talent.

This is something so many performers don’t realize. You can be the most talented person in the room, but if you don't have an agent or manager, casting generally won't even let you audition. You also have to network effectively to get to those people, because most castings happen outside of the casting room. Much like other work environments, a lot of people in Hollywood tend to hire who they already know and like.

When I teach, one thing I always share is: Who you know gets you through the door, but it’s what you know that keeps you there. When people come to one of my talks, I hope they leave with the courage to expand their mindset, the motivation to pursue all of their passions, and the desire to give back. We’re too often taught to limit our thinking about what we can achieve. I was a farm kid from Tennessee. Today, I’m a successful Black actor, mathematician, and entrepreneur — and hopefully also a reminder to others that we really can do more than we’re necessarily expected to.