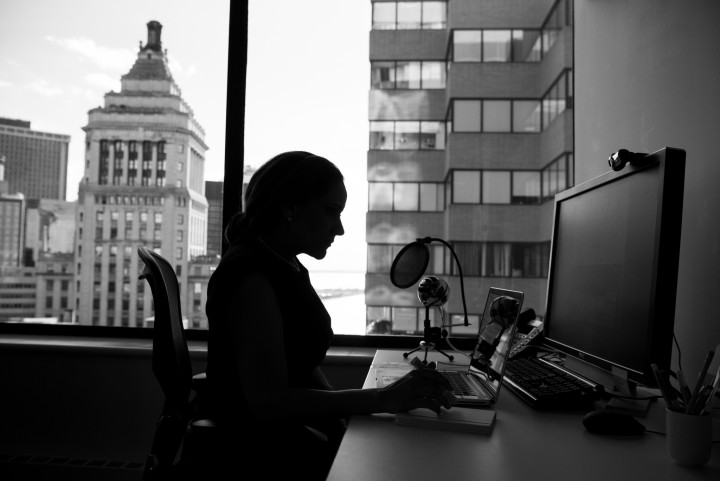 I’m a 26-year-old advertising account executive in liberal Southern California, where I was born and raised. When I started my career, I could not have predicted that I would encounter racism so regularly at work. But I do. And I’m not entirely sure what to do about it.

To back up a bit, it wasn’t until college that I felt able to create my own identity. I went to a small private high school in San Diego where being a woman of color had, without my permission, defined me. In college, I decided to reclaim and explore this definition. I lived on an all-Black dorm floor and joined a Black sorority, and as I learned more about my culture and heritage, I began embracing the influence of Black culture in all aspects of my being. This allowed me to step into a newfound space of responsibility that comes from protecting your people and culture. Among those of other races, I became an ambassador, educating friends and colleagues who had questions and gently correcting those who needed additional guidance.

That ambassadorship is not always easy. I bask in Black girl magic when I’m with my tribe — a group of women who understand what it’s like to be an ambitious, passionate, female minority in a less-than-friendly world. But when I leave, there’s a looming threat of entering a space that lacks that empathy and understanding.

One of those spaces is my office.

I work in advertising, and my office has a pretty casual, comfortable feel. We regularly celebrate birthdays and achievements together, have a communal stash of booze, and enjoy low rates of employee turnover (it also doesn’t hurt that colleagues regularly bring in their dogs). While it’s a nice environment, there is still, at the very least, subconscious racism.

Every time I walk in with a new hairstyle (I wear my hair natural), a whole group of teammates weigh in with questions and amazement. One or two even assume it’s okay to touch my hair, an action that makes me feel more dog than human. When I pull away, issuing a small physical objection, there’s an immediate reaction of surprise, as if there’s something strange about asserting my right to my body. And then there are the times when it’s much worse.

During a seemingly routine afternoon meeting dedicated to kicking off a new project, my team and I began discussing producing creative work for an area frequented by people of color. But before we could even get into the details, a coworker began repeatedly explaining how “ghetto” the area was, even advising others not to wear red there for fear of gang associations. I happen to know this place; it houses a Nordstrom Rack, a Macy’s, and several restaurants. I’ve never seen gang members hanging out there. But, yeah, there are Black people around.

I found my coworker’s comments to be rude, disruptive, and, of course, inaccurate. They were disrespectful to the Black culture and community I’ve grown to love and fiercely wish to protect. Yet I felt alone in my sentiment. No one was directly addressing the situation.

At that point, I had a few options:

I could express my opinion in a direct, assertive manner, which would likely make others uncomfortable and potentially jeopardize my job. I feared that if I did this, my coworkers would see me as nothing but an angry Black woman who can’t take a joke.

I could let my coworker continue, but that felt like letting down my family, friends, and every Black person who has ever fought for me to be in the space I was in. As a minority, I feel like I’m constantly teetering between representing and misrepresenting my race and community.

I could wait until the meeting was over, talk to my boss privately, and let her take it from there.

I ended up feeling so angry — angry that my boss, who was in the room, didn’t take control, and angry that I was, in that moment, too upset to pull it together — that I didn’t show up to the office the next day.

When I returned to work on Monday, I spoke with someone in HR who directed me to the offender’s boss. While she was empathetic, the fact remained that the onus to educate and correct not only my coworker, but also my company’s management fell on me. So many questions flooded my mind when I realized how the response to inappropriate behavior is actually a pattern. The victim always has to justify why he or she is offended, when the real issue is the behavior itself.

I’ll be honest: The situation didn't leave me feeling particularly hopeful. There was no direct follow-up or talk about how to do things better in the future. I’ve now thought through the potential courses of actions and outcomes in hindsight many times. For anyone who finds themselves in a similarly upsetting situation, I hope you’ll learn from my experience and consider following these important steps:

1. Confide in your tribe.

The first thing I did after my disaster of a meeting was reach out and text my girls. I couldn’t believe what had happened. I needed some love, a lot of support and a safe space to vent— if only through the phone. Your tribe exists for these moments. Rely on them to listen and to find strength and encouragement.

2. Take care of yourself.

Self-care is a real thing, and it’s especially important when you feel a lot of different things at once. Whether you’re unusually tired, stressed, or revved up, a deep psychological ache can easily spill into other areas of your life. Acknowledge this and take healthy steps to address your needs and make yourself feel better.

Documentation is important for several reasons: Your memory is most clear right after an event, and when you do make a formal complaint, you’ll want to reference those notes. The longer you wait to write things down, the more likely you’ll forget vital details. On a personal note, journaling can also help you work through complicated sets of feelings.

4. Give self-acceptance a shot.

Take a moment to zoom out and remind yourself that you matter. Your experiences and feelings are valid. Even when you’re second-guessing yourself about whether or not to take action, know that if the smallest part of you feels uncomfortable, it means something. No one has the right to make you feel uncomfortable or less than. Do what you can to improve the situation while remembering that it’s not your responsibility to take someone to task. You may very well need (and deserve) help. After all, isn’t that what HR and all those management trainings are for?