How To Embrace Your Worthiness In The Face Of Adversity 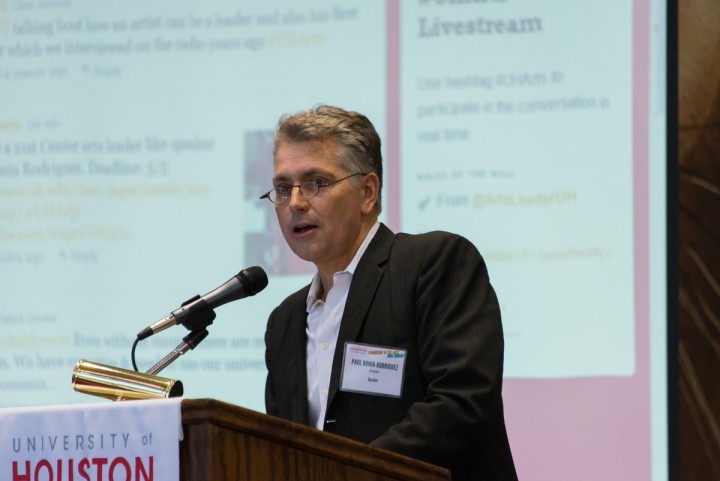 In 2001, I was attacked by a customer while helping out at my boyfriend’s gallery, which sells folk art from the Americas, Europe, and Africa. As my assailant was dragged away by other customers, he shouted that my boyfriend and I were “queers who deserved to be beaten and shunned” for our gayness and for exploiting people of Mexican descent (he clearly didn’t realize that I was a part of the Mexican-American community as well).

As a longtime writer and performer whose work often addresses my many identities, I was not new to being on the receiving end of harassment and threats. But this particular event cut me to the core. The gallery’s safety meant everything to me. My boyfriend and I built it against tremendous challenges, including being “disowned” for a time by his parents. It was something he and I had created together, and I felt strong and capable having made a space for my community to share their work.

This incident, though, shook my foundation and made me question my self-worth. It brought up many demons and drove me to closely examine myself and my beliefs. Now, on the other side of this experience, I am happy to feel more certain than ever that we are all worthy and capable of success – even if people tell us otherwise. It’s an important and often difficult notion to remember.

When things go horribly wrong and when we’re in pain, we might think that it’s time to take a break, whether it’s from pursuing our passions or working through our education. But I believe that these challenges are actually opportunities to strengthen one’s sense of self-worth and and even enact change. This starts with what for me can be a really daunting challenge: Embracing my worthiness. Here’s what I’ve learned through this process of channeling negative experiences into positive outcome by embracing my own worthiness in the face of adversity.

1. Hyper-achievement is not the answer.

When the police were reluctant to press charges against my attacker until two witnesses insisted, I initially retreated inwards. I went into a manic work mode, and my hyper-achievement mentality followed near-impossible goal-setting and humanly impossible work schedules. I tried to be all things to all people – partner, friend, son, brother, and colleague among others. That I continued to rack up the accomplishments – as a student, a budding scholar, and also as an artist – was noteworthy. But success aside, my spirit, my health, and my relationships with those closest to me suffered. That’s when I learned that I can’t hide in my work. After all, accomplishments are not worth much when you’re sacrificing yourself. Know that you are enough and that you do not need to constantly prove yourself.

After the attack – and my subsequent quest for extreme achievement – there was no one breaking point when I found myself frozen and unable to carry on. Instead, I found ways to medicate, refocus, and persevere. But with each new achievement came a deeper depression – a sense that the work could have been better, and that I was no good. My doctor warned me that the stress I put myself through could have negative effects on my future and even increase my chances of developing dementia and Alzheimer’s. That’s when I realized I needed to put myself and my health first and seek out people who could help nurture my spirit as well as my ambition.

3. Remember that you are your own person.

Both of my parents persevered against tremendous odds, sought education, and worked hard to offer their sons the benefits of the middle class. Growing up with them, they didn’t just teach us to achieve. They taught us to receive those achievements with self-effacement. More than winning, they were most concerned that we fit in. Their actions and prompts messaged us: Work hard, help others, and don’t make waves or do anything that might shame us. They always preached humility before pride and service before self. We were to be the best, but not be boastful. Accordingly, I came to realize I had spent much of my life in a state of anxiety and worry (which was never my parents’ intention). I had to remind myself later in life that I didn’t always have to abide by the tenets my parents set out for me. I’ve learned that sometimes it’s okay – and important – to put myself first. It’s okay to feel worthy.

4. Socially-conscious entitlement is okay (and even recommended!).

For young people getting out of college and looking for jobs, “entitlement” is more than a bad word — it’s become a catchphrase to describe a whole generation. In pop culture, we’ve come to refer to the dreaded “entitled millennial” who thinks he deserves “everything for nothing.” But I don’t think this label is fair or productive. It makes my stomach churn. I find the negative branding of entitlement especially problematic for young people of color or other underrepresented groups (like many of my students), who often engage in the opposite of entitlement — instead, they spend a lot of time and energy doubting themselves and feeling less than worthy or incapable of success, especially when challenges and tough times stand in their way. That attitude doesn’t seem like a productive way to breed and empower the next generation of leaders and changemakers. We should encourage people to persist and work hard to turn their ambitions into realities.

I think about where I am in my life now, and, in many ways, each day and each new goal is an exercise in socially conscious entitlement – a commitment in doing the best, seeking the best, and letting the rest go. I set goals and measure my accomplishments, but I also acknowledge and embrace the person I am, imperfections and all. That’s the highest service I can achieve: To give back and to give to myself in the best way I know. You’re entitled to the same.