How Code-Switching in the Workplace Has Been Normalized for POCs 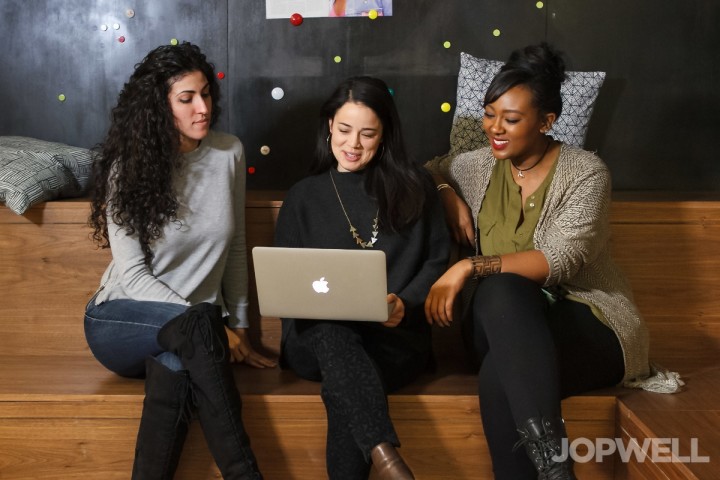 Code-switching. An interesting and contemporary term that pervades the trajectory of the career of POC folks. In recent years, it’s become increasingly normalized in the workplace and it’s a unique perspective that only certain groups of people are familiar with. Defined as the practice of alternating between two or more languages or varieties of language in conversation—in its most literal sense—code-switching runs much deeper than oxfords translation.

Code-switching as it’s been coined by the POC community—specifically centered around the Black experience—is when Black people switch the way they speak, act, and interact with colleagues within the companies they work for. For a long time, code-switching has been a survival tactic. The thought of actually coming to work and being yourself as a Black person could potentially lead to discrimination, tokenism, and in some cases termination. In Black and POC communities, code-switching is seen as a necessary practice for advancing professionally and being considered as valuable at work.

Transparently, there is no clear description of what code-switching looks like to everyone who experiences it, but generally, it is a tool that has been used to fit into a specific work culture that has been deemed appropriate. In retrospect, this deems any other behavior outside of the traditional guidelines, inappropriate. The way people communicate with one another regardless of their ethnic and/or racial backgrounds intersects with an individual’s identity in many ways. For one, it’s important for people to feel as though they can be authentically themselves, but regardless of whether or not a company implores that their employees are safe and have the liberty to be authentic at work, it has become a Black and POC plight for us to act civilized and blend in. Code-switching can be confusing, especially since it was originally coined by linguists to explain the act of mixing languages while in conversation. It has since developed into a secret language of people from underrepresented backgrounds and communities.

A few years ago, I was working with an organization that wanted me to learn how to be a better fit in their community. My work spoke for itself and I was countlessly delivering exceptional results, but I was labeled as too soft-spoken and I was told that I needed to take more initiative in order to get a promotion. Naturally, I’m an introverted person. For some reason, it wasn’t enough for this particular Black woman to be an introvert in a space filled with extroverts. I was initially asked, then forced, to take speech classes; as if something was wrong with me opting out of volunteer presentations unless they were mandated for my performance. Going to the speech classes was interesting, to say the least. My coach didn’t understand why I was there. He was used to having students with speech impediments or who weren’t adept in public speaking—in his expert opinion, I was neither of those. I tell this story to show how ambiguous code-switching can be. For me, it was a subtle yet insulting suggestion to change who I was as a person in order to fit a mold of a Black woman that they were used to, or maybe who they’ve seen on TV, or maybe a stereotype of a woman who looks like me who is outspoken and opinionated. Although I would identify as a considerably opinionated person, I do not feel it’s necessary to be opinionated all the time.

As the term becomes more elusive for companies and more divisive for POC communities, it’s conducive that there are plans to create an environment where people can exist as their true selves and not be chastised for it. It’s not necessarily the act of code-switching that is always the problem within institutions, but the issue lies with the obligation of certain groups of people to commit the act in order to thrive in a particular atmosphere. Code-switching will continue to be an unspoken downside to the progression of diversity and inclusion until companies create spaces where people can excel as individuals, without the expectation of who people think they should be. Let’s work together rigorously to ensure that we are bringing change to workplaces and allowing the acceptance of individualism.