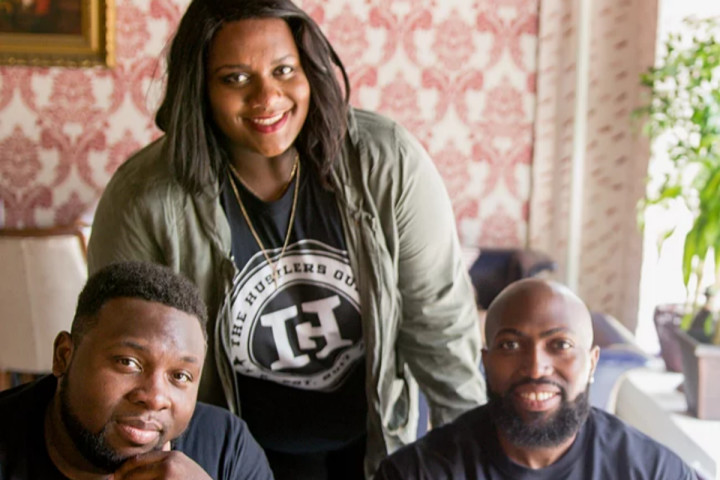 Yasmin Salina, Jason Spear, and Kevin Beckford met working at the White House, albeit at different moments in time. It was 2013, and Spear had already left the Obama administration to go work on Capitol Hill, while Salina stayed on and Beckford had just joined as a staffer. Salina introduced Spear to Beckford one fateful night, and the rest was history.

Many things have changed since then, and while Salina, Spear, and Beckford are no longer White House staffers, they’re still working as hard as ever together. The organization is built around the “hustler’s mentality,” a doctrine made famous by the likes of Christopher Wallace (a.k.a. the Notorious B.I.G.), Jay-Z, Young Jeezy, and countless other hip-hop MCs. “The idea behind the Hustlers Guild is that we worked hard — hustled, in fact — to get where we are,” says Beckford. “We try to make sure that every event has an element of hip-hop, because it is so relevant to what we are trying to accomplish. Hip-hop as a cultural movement has been known since the 1970s to be a relevant avenue for young creatives to share information artistically.” The Hustlers Guild breaks down its curriculum into three areas of focus: the Art of Hustle (which fosters artistic and creative exploration), the Hustler's Ambition (in which students work on personal development and finding security in their personhood), and the Hustler’s Drive (which enables students to participate in and engage with math and technology). Within this framework, students engage in after-school activities, like working to create an app, and attend workshops about social media, personal branding, financial literacy, and public speaking.

Though still in its pilot stage, the Hustlers Guild has already partnered with two schools in Washington, D.C.: Wheatley Education Campus, a middle school, and Maya Angelou Public Charter High School. To date, it has lined up speakers from Roc Nation, CNN, and Good Morning America, and it plans to teach students how to code.

With ties to more than 30 organizations in the Northeast, the Hustlers Guild is actively seeking and forming partnerships with schools in New York City and Philadelphia, where it hopes to expand next. As it collects funding ($15,000 in funds and in-kind donations to date), the organization would like to ultimately secure enough money to reward exemplary students with scholarships. The Hustlers Guild partnered with Sonny Digital in December for an event.

Given the positive response so far, it’s clear that there’s plenty of opportunity for both the Hustlers Guild and the communities it strives to serve.

“The feedback we’ve received is very heartwarming,” says Beckford. “A lot of parents have approached us to ask how can their children stay in the Guild until they are 18. That’s how we know we are on the right track.”

It’s enough to keep Salina, Spear, and Beckford motivated to achieve their goal of getting more underserved students into college and, eventually, helping them land jobs in STEAM fields.

“We plan to continue this for the long haul,” says Beckford. “Access and representation has been a longstanding problem, and as long as it exists, we will continue to move forward with our work. We want our students to work hard in light of all circumstances and succeed.”