Female Musicians Who Have Shaped Our Past And Present 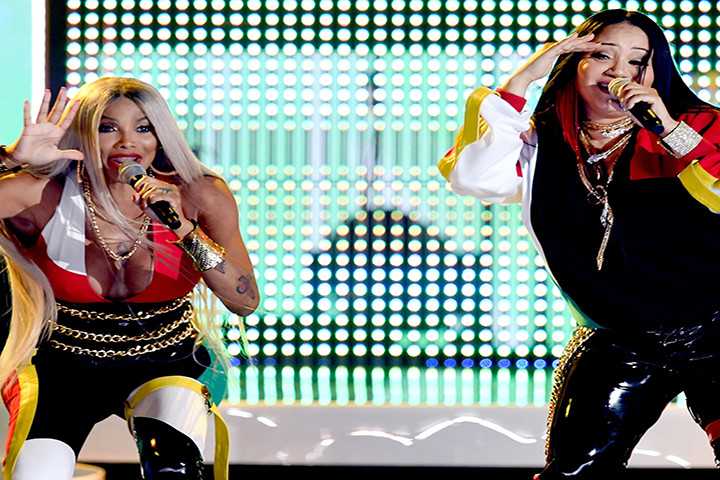 Lifetime recently announced that it will be releasing a scripted miniseries in 2020 about hip-hop hall of fame group Salt-N-Pepa, covering their early days and success “as they enter the world of hip hop and rap,” Variety reports. Cheryl James (“Salt”) and Sandra Denton (“Pepa”), are signed on to executive produce alongside Queen Latifah, whose production company Flavor Unit will bring the project to the small screen.

We are so excited to see such iconic black female bosses taking creative control of their career advancement! So many music artists we grew up with are finally getting their laurels for being legends in a number of genres. Here are some of the female musicians who made our youth worth remembering.

Selena Quintanilla Pérez is undoubtedly having a moment. Although she died at only 23 years old, her impact on fashion and music is still being celebrated today. In 2016, MAC released a capsule collection inspired by her trademark beauty look. Forever 21’s White Rose collection pays tribute to the Tejano beauty’s playful, sexy stage attire. And Netflix has teamed up with the singer’s family and estate to bring a new show, “Selena: The Series”, to the streaming platform.

"Selena will always have a lasting place in music history and we feel great responsibility to do justice to her memory,” Suzette Quintanilla, the singer’s sister, said in a statement. “With this series, viewers will finally get the full history of Selena, our family, and the impact she has had on all of our lives. We are excited to partner with Campanario and Netflix to give fans a never-before-seen glimpse at our story and highlight why Selena will remain a legend for generations to come."

Brandy Norwood was a multi-hyphenate star long before triple-threat Disney channel entertainers churned out upbeat made-for-TV movies and tours. She was “Moesha,” Cinderella, and the girl next door with that incredible voice all in one. Solange Knowles was (predictably) cited as “ranting” when she drew attention to the lack of knowledge many cultural critics have about R&B when reviewing the work of artists like Brandy — but she was right. Brandy’s hits go way back and still summon up every single feel. Still one of the best-selling recording artists of all time, Brandy was cast last year as a series regular on Lee Daniel’s “Star” on Fox, showing how fact meets fiction in the music industry.

What hasn’t already been said about Mimi, High Queen of Shade, and one of the last original R&B divas to still churn out hits? Mariah’s musical canon needs absolutely no introduction (especially around the holiday season), but something crucial to remember is how involved she is in the making of the songs we love most. Savvy music lovers these days don’t usually expect their faves to have a hand in the creation of the work, but Mariah is actually very well known for being involved. Carey has long written her own work — particularly, many of her most famous songs — and sees herself as a songwriter, not just a singer. So, the next time you listen to one of her tracks, check the credits.

“The average person who is not a fan or follow what I do…they just don’t know because I’m not seen sitting behind a piano or strumming a guitar, for the most part,” she told Rolling Stone. “It’s so great to hear the acknowledgment of the songwriting because oftentimes people put that as a secondary thing and for me it’s always at the top of the gifts I could be so thankful to have.”

Sade’s music hits the precise spot between grown and sexy music your parents love and music that has influenced many of your faves — and she knows it. When the British Nigerian singer was appointed Officer of the Order of the British Empire (OBE) for her services to music in 2002, she called the honor "a great gesture to me and all black women in England”. Although the notoriously private singer has largely kept out of the spotlight, she recently broke a long-time hiatus by contributing songs to Ava DuVernay’s A Wrinkle in Time and Steve McQueen’s Widows.