How To Make Time For Time Management 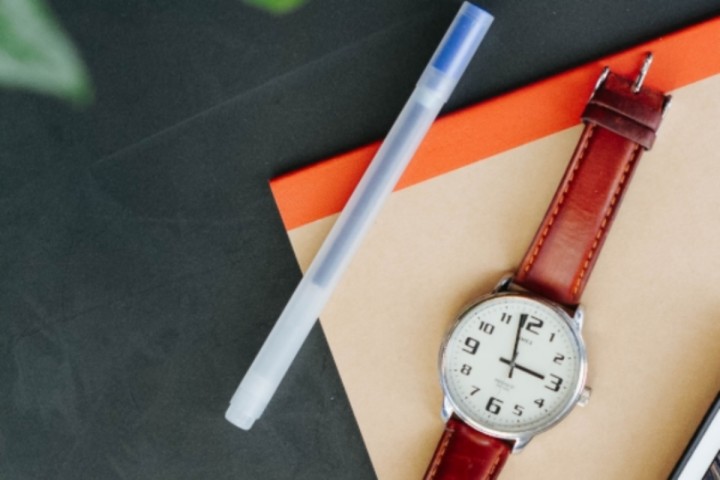 As chief technology officer of a year-young tech startup, I’ve learned that, on a given day, there are generally 100 things you need to get done, 1,000 things you want to get done, and a laughably small amount of time to actually do them.

This paradox is all part of the fun. It’s an exciting period at Jopwell, where our team of 18 is scaling our digital platform to connect underrepresented ethnic minority professionals to great job opportunities. At the moment, we’re developing new features, welcoming new team members, and all the while making sure we keep the office toilet paper stocked.

Rewind a year to when Jopwell was a team of four and the equation for how to manage my own time was simple: The more hours I spent coding, the more we produced. Heading into 2016, the variables have changed. My toughest challenge? Engineering my calendar and effectively managing time.

So far, learning from others’ time management philosophies has been the most valuable in helping me lay out my own. Here’s a quick rundown of what has been working for me:

There’s one question that always guides my to-do list: Do I need to do this — or not? I sometimes can’t believe how helpful it is to start here.

Next comes the audit. The concept of a calendar audit was first introduced to me by Keith Rabois via his guest lecture in Sam Altman’s “How to Start a Startup” video series. Now, instead of worrying that I constantly need to hustle harder, I ask myself how many working hours I have in a given week. That’s my budget.

Then I list out how much time I need to accomplish each item on my to-do list. This exercise can be tedious, but it’s so important. It forces me to realistically gauge how much I can get done, along with how much I need to delegate or de-prioritize.

Another critical step is determining what type of time I need to block off. Investor and Y Combinator cofounder Paul Graham describes this differentiation as “Maker’s scheduling” vs. “Manager’s scheduling.” Time I spend coding, for example, is Maker’s time — it’s focused on pure execution.

Designating chunks of Maker’s time gives me the leeway to put my headphones on and hack away at some problem sans interruptions. I can’t code efficiently if I have to check my email every 10 minutes, but I also have to manage my inbox and regularly sync with my team. That’s why it has proven so helpful to allocate Manager’s time for meetings, emails, and fulfilling random requests.

More concretely, I set percentages for how much of my budget I need to devote to different tasks. These days, it’s 30 percent for coding, 30 percent for hiring, 10 percent for meetings, and so on. I prioritize a one-hour calendar audit each week. And as far as implementing and spot-checking my budget, Google Calendar pretty much runs my life.

2. Figure out the ROI on your energy

Identifying my “peak” times for specific tasks is a concept I picked up from Alexandra Cavoulacos, cofounder of The Muse, via a blog post. Incorporating energy levels into my budget has proven critical to getting the highest return on investment for each hour.

There’s no chance in hell, for example, that I’ll ever go to the gym after work. Even thinking through the logistics of getting on a treadmill before dinner exhausts me. But science and experience suggest that I’ll have more energy and be less stressed if I incorporate exercise into my routine. That’s why I force myself to run in the mornings, when I have the most will to lace up.

Bringing this back to the office, I’ve learned that I do my best problem-solving in the morning, and I execute most efficiently in the afternoon. The translation of this is that I reserve mornings for addressing the hardest problems, late mornings for meetings, and afternoons for writing or coding. Contrary to the popular notion that programmers are all Red-Bull-chugging, hackathon-going superhumans who code through the night, I’ve always been a pretty terrible night owl and a happy early riser. I’ve adjusted my schedule to take advantage of that.

3. Guard your time, build in a buffer

I’ve come to realize that I can do all the funky calendaring and color-coding I want, but that I ultimately have to be vigilant about sticking to my allocations. This means owning and defending my calendar.

My CEO, for example, is religious about email responsiveness, yet he knows that if I’m not responding to an afternoon email, it’s likely because I’m cranking through code. It’s all a balance of being responsive at the right times. I’ve come to appreciate that it’s generally harmless to hold off on responding to an email for a few hours — and it’s also advantageous in that I’ll get a lot done and be free to respond effectively later.

Finally, I have to be a realist, which means being human. Random, unpredictable events are going to pop up, so I’m better served by accounting for them and adding a bit of wiggle room into my schedule. Whether the fire alarm goes off or my teammates and I want to sing happy birthday to a coworker, I want to be involved (and not screwed and/or a hermit).

Whether a meeting is running behind or a new event pops up, any given day is going to throw you some surprises. I’m working on budgeting for them in advance and then embracing them as they come.