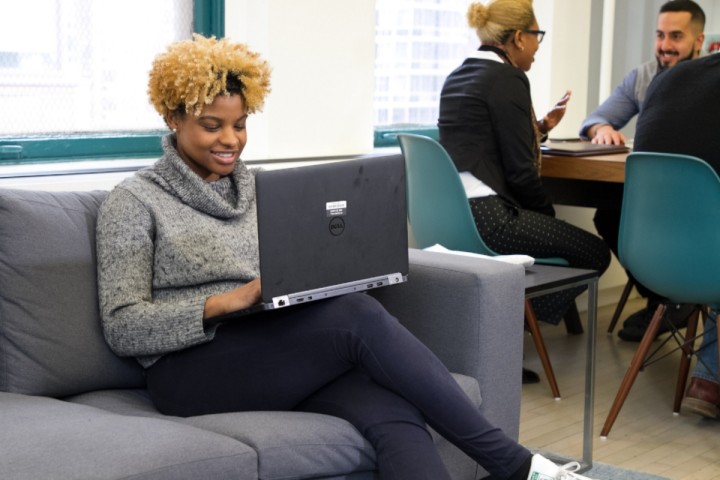 Let’s talk numbers: While Black women are the fastest-growing entrepreneur demographic, they command just 0.2 percent of venture capital. The average Black woman founder gets just $36K of funding compared to $1.3M for her White male counterpart, according to a 2016 report by DigitalUndivided.

This is part of why my friends Regina Gwynn of TresseNoire and Esosa Ighodaro of COSIGN and I to get together and start Black Women Talk Tech – a networking group and community of, well, Black women who are working in and talking about tech. This past February, we hosted a group of 30 Black female entrepreneurs, along with a few dozen speakers and investors, at Google’s New York City office for a day-long, inspiration-packed conference discussing tech entrepreneurship and the benefits of and barriers to being a Black woman founder. We received more than 300 requests for invites. One panelist called the day itself “a radical act,” but this mission — to give Black women the support they need to create the next billion-dollar tech company — shouldn’t be radical. Here are some takeaways from the event that will help us reach that lofty-but-important goal faster.

With the lack of Black women in tech, it’s hard to find someone whose journey “mirrors” the path you want to take. When we meet with investors, partners, or customers, we don’t have a Mark Zuckerberg to cite as an example of someone like us achieving our goals. To provide models for those coming behind us, we have to actually become the people we want to see. Branding consultancy founder Leslie Waller talked about the frequency at which we don’t bother putting our names in the ring for various opportunities simply because we don’t believe we’re qualified. But if being “qualified” means having experience with something, none of us would fit the bill. If we want to create billion-dollar companies, we have to be ready to go places that we, as individuals and a community, never have.

2. Highlight what makes you unique.

Jessica Matthews, the keynote speaker of Black Women Talk Tech and founder of Uncharted Play, asked, “Has a Black woman ever let you down?” To say never would be an exaggeration, but when we put our minds, hearts, and souls into something, we boast a strong record of making it happen. We have a reputation as resilient, resourceful, community-driven, and barrier-breaking. In other words, we’re made for entrepreneurship. It’s easy to look at all the reasons why we can’t succeed or don’t fit the current mold of a tech entrepreneur, but if we look at what makes us uniquely qualified, we’ll realize we should be just as likely to be entrepreneurs as anyone else. 3. Get ready to do things without a cushion.

With Black women raising an average of only $36K for their companies, the road to success is bound to look very different. Without money backing us up, we have to create businesses that are profitable from the beginning. We don’t have the luxury of figuring out a business model or building something and hoping people will come. That said, while, for Black women, raising capital takes considerably longer than the average three months, it isn’t impossible. Black Women Talk Tech’s panel featured three of the 14 black women who’ve raised over $1M, all of whom said you have to go into an investment meeting with a deal to which a backer can’t say no. Creating a profitable company from day one is that deal.

A number of speakers noted that learning to code gave them more control over their companies and destinies. If your core business is technology, you should at least speak that language; mastering code means you don’t have to compromise on the quality or direction of your product. On the investment side, the standards for Black women are much higher. Many earn advanced degrees or work in large tech companies before they are taken seriously. Knowing how to code doesn’t take nearly the same time or energy, and it’s only to your benefit.

According to Lenore Horton, Esq., you must make sure you’re protected legally at every stage of your business’ development. From contracts to insurance to exit options, a strong legal team that points out risks you may have missed is vital. Even those situations that start out with the best intentions between cofounders, for example, can end unexpectedly. Don’t be naive.

6. Focus on care and community.

As an entrepreneur, it is imperative to cultivate emotional resilience. Entrepreneurship is a roller coaster, and you have to prepare yourself to weather the ups and downs. Danielle Kayembe, founder of Powerbase Meditation, urges everyone to take time each day to meditate, relax her mind and refocus her energy. Another crucial part of an entrepreneur’s success? Community. Having people around you who not only support you, but can also empathize with your journey is bound to make you feel less isolated. It’s also an excellent opportunity to learn from someone else’s mistakes. This is at the core of Black Women Talk Tech. We’re here to push each other to greater heights.