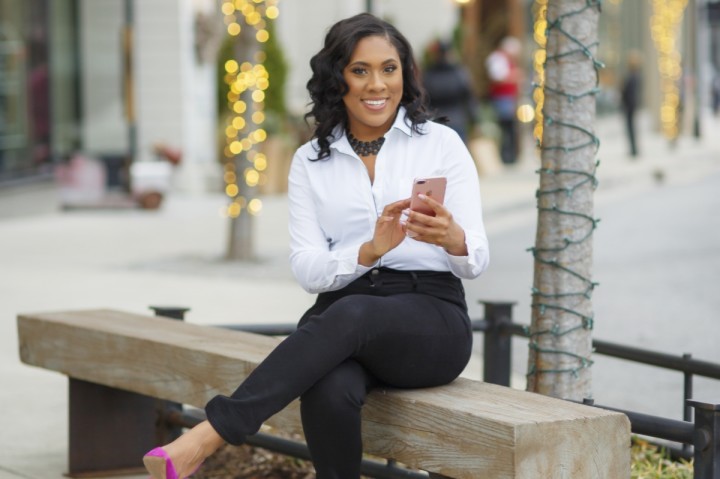 From chatting up Anthony Anderson to Tia Mowry, Lisa Leslie to Adrienne Bailon, I’ve learned how to conduct a killer interview. So, people often ask me, “What does it take to become a lifestyle reporter and entertainment journalist?” The glitz and glamour of industry influencers, celebrities, and tastemakers is understandably very appealing; however, the legwork that takes place behind the scenes often goes unnoticed.

As a Florida A&M University graduate with a bachelors of science in journalism and a focus in public relations, I always knew my end goal was to work within the sports and entertainment industries, but my objectives often felt out of reach. It takes a lot of work to successfully navigate this industry. It’s been a difficult journey, but eventually I learned never to count myself out, that patience is key, and one “no” only constitutes a slight detour and nothing more. Here are a few tips that can help you launch your journalism career and master the art of the interview as well:

My first celeb interview was with Grace Byers. At the time, I was contributing online relationship content to a magazine, but my editor knew about my interest in transitioning into more celebrity-focused interviews. One day, she called me and explained that her go-to interviewer was unavailable and she immediately thought of me for the job. My excitement quickly dissipated when she informed me that the interview would take place in fewer than 24 hours. Luckily, this had been something that I’d always wanted to pursue, and I had honed my skills in preparation for this moment. I had studied and researched extensively, so I wasn’t completely in the dark when the opportunity presented itself.

2. Authenticity never goes out of style.

It’s easy to become quickly influenced, but remaining true to who you are will take you much further than trying to emulate someone else. Once, I had an editor tell me that I needed to model my work, voice, and tone after a popular media personality. Following the recommendation of my editor, I tried to place myself in the shoes of that particular media personality during my next interview. Let’s just say: it was one of the worst interviews I ever did. Not only was I extremely uncomfortable, I came off as very out of touch. When I sat down to write the story, the words didn’t connect and definitely didn’t resonate with who I was or what I stood for. Moving forward, I vowed to accept constructive criticism, but never compromise my authentic self.

Creating a strong foundation is helpful for both your personal and professional growth. Some days are better than others and, for that very reason, a supportive tribe is necessary. There have been many times when I’ve doubted myself or felt discouraged, but, when my support system stepped in, it made life that much easier.

Cultivating a genuine, longstanding relationship takes time, and it’s not solely based upon what others can do for you. At the end of the day, no one wants to feel used. Be sure to build authentic connections, instead of forced, opportunistic ones.Unfortunately, early on in my career, I made this fatal mistake. I met a corporate executive at a networking event. After so many requests on my behalf, the person went cold and stopped responding to my emails because I was constantly seeking a way in instead of establishing a solid foundation first. Fast-forward to present day, and many of my interviews have been solidified through relationships that I’ve had for a decade or more or referrals within my network. I can’t emphasize enough: first and foremost, you have to do the work within your desired field. While doing so, plant seeds to build genuine relationships and, in due time, your network will take notice and have your back.

After landing my very first interview with Grace Byers, star of the hit series Empire, nervousness, fear, and intimidation took control of my thought process. What if my questions aren’t good enough? Did I complete enough research to prepare? But, after our initial conversation, I realized that approaching an interview is similar to chatting with one of your friends or family members. After all, even though they may be in the spotlight, they are human just like you.

When interviewing, finding similarities between you and the subject can help everything seem less formal and more conversational. When I interviewed Tia Mowry, I mentioned the time I was featured on a show she previously starred in called The Game. We began talking about the set design, actors, story plots, etc. and it served as an icebreaker for the both of us. Our conversation was lighthearted and full of laughs. Finding common ground isn’t limited to interviewing a celeb. We’ve all experienced that moment when we clicked with someone because we shared a common narrative.

Become a student of life who is willing to stay abreast of current trends and news. Study power players who have influenced you or whom you’ve admired from afar. All of these elements will help you be a unique storyteller. A diverse knowledge base will help you better adapt in various settings, serve as a great conversation starter, and challenge you to step outside of your comfort zone. In the journalism world, this will elevate your interviews because you’ll be able to ask thought-provoking questions. Celebs get asked generic questions all of the time. To create a lasting impression, come with something fresh.