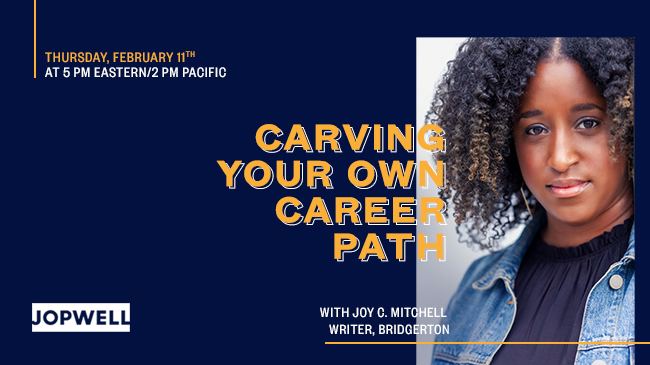 Carving Your Own Career Path

Join us for the first event in Jopwell's BHM Celebration series where we'll speak to Joy Mitchell.

In addition to writing television, she freelances as an entertainment and travel journalist. Her writing has been published in Billboard, The Hollywood Reporter, and Teen Vogue among others. She is the founder of the travel blog Joy in Europe.