Why Should The Place You Were Born Dictate Your Opportunities? 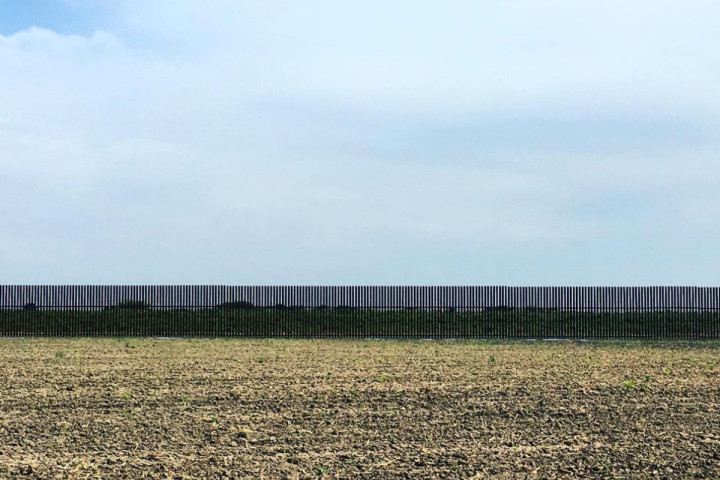 Pictured: a portion of the fence that runs for 700 miles along the Texas-Mexico border

I often tell people that I’m lucky. Even though I have worked extremely hard to be where I am today, a lot of my good fortune – like being able to live a life free of fear in a city and hold a job I love without the looming fear of deportation – stems from a decision that members of my family made decades before I existed.

I was born four miles north of the United States-Mexico border, in Brownsville, TX – “on the border by the sea,” as our city motto so endearingly puts it. While I entered life walking distance from Mexico, where a lot of my family migrated from, geography dictated that I was automatically an American citizen. It was that simple, and for that, I have my grandparents to thank. Roughly 60 years ago, they made the decision to leave behind everything they’d ever known and build a new life for themselves in America. (My grandfather was actually born in Texas. But he grew up in Mexico, where my grandmother was born.) Neither of them spoke any English. Their decision to come to the U.S. set a precedent that would change the lives of every single person in my family, ultimately enabling each generation to build a more comfortable life than the one before. When you think about it, some version of that story is part of most every American’s heritage. Unless you are Native American, at some point or another, you or your relatives who came before you journeyed to this country, often with the hope that you or your descendents would, as Ava DuVernay recently put it, have the opportunity to "become your ancestors’ wildest dreams."

My grandfather only had a third-grade education, yet upon immigrating to the U.S., he was able to start his own cab company, provide for his family, and help my grandmother get her American citizenship. Together, they had nine American children, including my mom, who went on to graduate from college and work as a teacher. That social mobility they created continues to be a gift to me.

Largely because of the lives my grandparents and parents built, I have never been obligated to work in a field picking fruit, like my mom and her siblings did growing up. They went to school too, but when they were outside working, my mom recalls my grandfather telling her, “Remember how this feels. This is why you need to get an education. So that you don’t have to be out here.” It’s the same speech my mom gives me and my two brothers to this day whenever we’ve disappointed her or have to do something over because we didn’t do it right the first time. “Remember how this feels. This is why … [insert mom speech].”

My parents have always been extremely deliberate about raising my siblings and me to be aware of the cloth from which we’re cut; we may have been born on the “right” side of a man-made line when it comes to the citizenship lottery, but we could have just as easily been born on the other. Today, that line, miles from my home, symbolizes what is in many ways the only thing that separates me from the nearly 800,000 DACA (Deferred Action for Childhood Arrivals) recipients now subject to facing uncertain futures. The peers I’m talking about are Dreamers. They were brought to the U.S. as children, and they are now contending with the reality that they may soon be forced to leave the United States and “return” to countries that they may or may not know. In aggregate, more than 90 percent of them cite English as their primary language, and 1 in 10 only speak English. Not to mention, 90 percent of DACA-eligible youths are employed here in the U.S., meaning that they are invested in their communities and the local economy.

They’re my longtime classmates and friends. They are humans with hopes and dreams and contributions. Why should the place they were born dictate whether they are able to continue building their futures in the place they grew up?

It blows my mind to think about the difference those few miles between Brownsville and Mexico can make in a person’s life. Sure, I’m still both conscious and proud of my Mexican identity. I still find myself feeling pressure to code-switch in different contexts, and I’ve had my fair share of uncomfortable situations regarding my race (“No, where are you really from?”). Yet, because of where I was born, I did have access to in-state tuition at the University of Texas and to financial aid that helped me pursue a four-year degree. At the end of the day, I don’t go to bed thinking about whether I will have the chance to learn, work, grow, and remain in the nation I call home. Dreamers – including two University of Texas students who shared their thoughts and stories with me below – aren’t afforded that same security.

Now is the time we all must listen, come together, and fight back.

I’m a junior majoring in government and communication studies at the University of Texas. Eventually, I hope to work in the public sector as a civil rights lawyer. I recently interned with the Mexican American Legal Defense and Educational Fund (MALDEF), and it was there that I witnessed how necessary it is to be a voice for those who don’t have access to the judicial system.

I am a DACA recipient, and that has allowed me to prosper. For my parents, it has given them some mental tranquility to know that I am not an immediate target for deportation. But now, after three months of taunting from the Trump administration, we face the reality that the DACA program may end. Six months is not enough notice for people to adjust their lives when they have homes to pay for, families to feed, and jobs to do.

Now is the time for employers that currently employ Dreamers to speak out in favor of their employees. It is no longer sufficient for those of us who are immediately affected by the termination of DACA to speak out. The business communities that we contribute to must also come out of the shadows and stand with us.

America is supposed to be the land of opportunities that you seize through hard work and perseverance. My immigrant parents taught me that. From a young age, I’ve understood that no opportunity will be handed to me on a silver platter – I have to go out in the world and find it myself. And even though I was born in Mexico, that land feels distant to me. I grew up in Texas, and it’s here that I want to chase my American Dream.

I am the oldest of five children. So the fact that DACA has given me the opportunity to work has helped lessen the financial burden on my parents to pay for my college. I’m currently a senior at the University of Texas, Austin where I’m a triple major in Iberian and Latin American languages and cultures, Latin American studies, and government. I plan to pursue a Ph.D. in history, and eventually become part of the professoriate. This summer, DACA also granted me the opportunity to travel abroad, which is something that I never thought I’d be able to do.

I have lived in Texas since I was two. My earliest memories took place here, on American soil. Even though I knew and understood my status as a kindergartener, I grew up feeling American, and never felt less simply because I do not have a piece of paper that validates me. The current rhetoric around immigration and DACA has somewhat changed that. It has been a constant reminder that we “don’t belong here,” in the only place we have ever known as our home.

Dreamers are some of the hardest working people you can find. Due to the constant backlash and criticism of our status, we have embraced that fact that we must work twice as hard. I think we’re a group of pretty awesome people. We’re asking for the opportunity to stay here without worrying about our status or what it can inhibit us from doing. Instead, I only want to worry about my skills as a student and future professional.