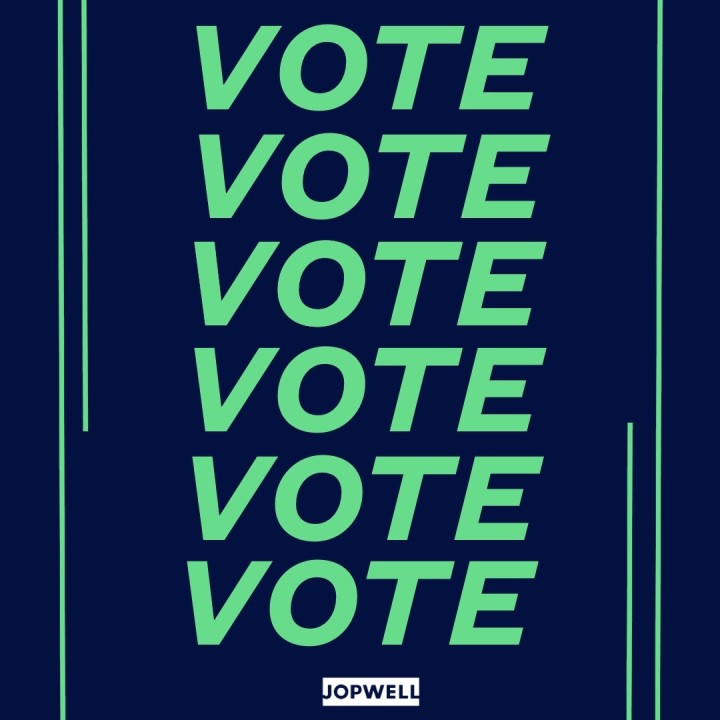 Voter suppression is real. We at Jopwell want to ensure that our team and community feel prepared for and capable of following the appropriate steps to make our vote count. This year, we have been tasked with a particularly challenging voting climate: COVID-19 has shifted the normal way of voting, leaving many Americans confused and overwhelmed. The good news is that people are working tirelessly to make this act of service as seamless as possible, especially for young and first-time voters.

Today, most Americans over the age of 18 have the right to vote in federal and state elections. In the United States Constitution, it is not defined who can or can not vote, but rather how you can vote. Historically, white, male, landowners deemed themselves as eligible, thus ostracizing other racial groups. Although we have made huge strides from that moment, politicians try to influence election outcomes by locking certain groups out of voting like people of color, students, the elderly, and people with disabilities. For example, politicians will pass voter ID laws, requiring an ID when voting (cutting 21 million Americans out of the process!)

This year has been extremely challenging: ongoing racial injustices against the Black community, long-term negative ramifications for Latinx migrant families impacted by forced family separations, and a global pandemic fueling a challenging job market. Now, more than ever, it is important to work towards the change you want to see. Regardless of whom you are casting your ballot for, you need to exercise your right to vote and make your voice heard. While your singular vote may not directly elect the president, it is enough to join others in your voting district to instill change—especially at the local or state level. Your local and state governments can make a substantial impact in your daily life, evidenced by the different ways various states and cities handled the pandemic. Below, we have included some helpful resources to help you engage in this year's election:

This year, like many companies across the country, Jopwell has made election day a paid holiday. At Jopwell, we value the importance of voting, especially in light of the historical challenges that have disproportionately affected communities of color—who wish to exercise their right to vote. During any election, it’s important to research and educate yourself on what each candidate stands for and what their policies are, and most importantly, how they affect you and your loved ones. In our current political environment, there is so much at stake-- exercise your right to vote and contribute to the future of this country.