The Jopwell Guide to Advocating for Your Promotion 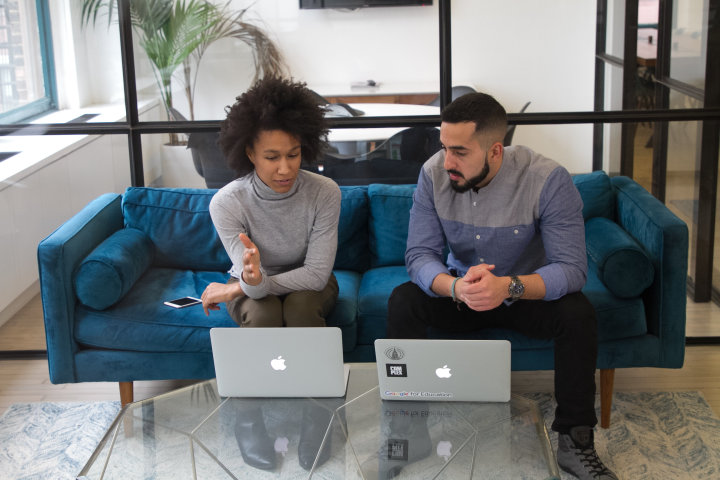 You’re one or two years into your current role and you’ve worked harder than ever, but you are still in the same position and your manager hasn’t mentioned a promotion. What do you do?

People of all ages and backgrounds often encounter this same life woe of feeling ready for advancement at work. As surprising as it is, the reason you may not have received a promotion probably isn’t because you haven’t earned one and it’s also not as intuitive for most people to know the proper steps to take in order to get one. Sometimes, what it takes, is speaking up for yourself and making sure the appropriate people are listening.

A recent survey conducted by LinkedIn showed that while 82% of employees want to discuss their career prospects at least 1-4 times per year, a shocking 40% never do. Asking for a promotion may make you feel vulnerable and like you’re putting yourself out there to be judged—and you are. Don’t let that deter you because often times, speaking up for yourself is the most important step. Senior Jopwell employees shared some helpful insights on how people can advocate for themselves. Annie Hopkins, Director of Campus Recruitment, Nadia Abouzaid, Senior Director of Professional Recruitment, and Clara Lucio, Senior Brand Manager discussed advice on how to navigate conversations with your direct managers and how people should position their reasoning for their promotion.

What advice would you give to someone who’s trying to navigate a conversation with their direct manager about getting a promotion?

AH: Make sure you are being very clear and explicit about what you are asking for—do you want a title change but want to continue doing your same day-to-day? Do you want to manage other people? Do you want to take on more advanced projects?

The best way to get what you want is to be transparent. If you aren’t direct, you're relying on your manager to make assumptions of what you want and you’re putting most of the decision making power in their hands. Before you go into the conversation, write out a script and make sure you are both leading with the ask and then providing evidence to justify.

For example, "I'd like my title to be changed this year to Manager. I have been working at the company for 2 years and I've demonstrated leadership abilities on the team, as well as taking on additional responsibilities." After the conversation, follow up with an email where you restate your case and provide the evidence as well. This can help your manager if they have to run the request up the chain to their boss.

Work tends to be filled with a combination of competing challenges. One of the most complex ones is having conversations about compensation with your manager—especially for those individuals who are earlier in their careers. Unfortunately, there may not be a standard formula that works but there are a few successful ways that you can prompt the discussion.

CL: At one of my first jobs, an HR manager told me to keep an “I love me” file. She mentioned that most people have a short term memory and mainly remember your most recent interactions with them or current performance, and do not always reflect on your full body of work for the quarter. If you’ve had a tough couple of weeks and a boss that didn’t keep a tight record of your progress, then you’re at the mercy of that short time block. This can affect your ability to negotiate for that pay raise you've wanted. Take the luck of timing out of the equation by keeping a collection of all of the positive feedback you've received throughout the quarter. Before your performance review, analyze your progress and try to find patterns in the feedback you can group into categories. When your manager asks you the areas where you've shined, you can highlight those identified categories and provide concrete examples for each to leverage during your salary negotiation. It will be equally important to be aware of your areas of improvement and how you plan to address them should your manager bring them up in your performance review.

CL: When asking for a pay raise, try to avoid surprising your manager. Don't wait until the performance evaluation or the end of the quarter to ask for a higher salary. Instead, meet with your boss a few weeks or even months prior and let him or her know this is something you want. This will give your boss time to work on budgeting for your salary increase. It will also allow you and your manager to create actionable next steps for you in order to warrant that increase.You want to come into the conversation calm and measured, not distraught and unprepared. Let your manager know you're willing to work with them to make it happen and you’re not giving them an ultimatum.

What are some questions people should ask themselves when thinking about why they want a promotion?

AH: Questions you should ask yourself when considering a raise/promotion: How long have you been working at the company and does your tenure align with the typical timeline of title changes? Are you just fulfilling your job description or are you going above and beyond what is expected of you? Do you want to take on more responsibility in your job? Do you want to push yourself to be more of a strategic thinker? Are you ready to take on more of a leadership role on your team?

We live in a hypercompetitive world when you think about the current labor climate. Salaries are competitive, but equity is still a constant battle. We don’t even know what “entry level” means anymore and often times, employers still expect you to have 1-3 years of experience to even qualify for an entry role. Basically, ways to stand out at work are scarce, which creates more competitive tension and sometimes makes it challenging for even the most qualified people to get to the next level in their careers.

What are some mistakes that people have made when advocating for themselves?

NA: Comparing yourself to other individuals instead of to the criteria, can backfire. You don't often know the details of someone else's work, or the conversation they've had with their manager. Ultimately you want to position qualifications in an objective, not relative, way.

It’s common in the workplace for people to compare themselves to one another—especially those on the same team or in a similar role. It can be tough in cases like this if someone on your team is granted a promotion and you aren’t. It’s important to understand that your position at the company is being judged individually.

People often feel discouraged if they are not granted a promotion. Every situation is different and there are many nuances that can contribute to your promotion being declined. Make sure you are asking for helpful critical feedback on what you need to do in order to be promoted and make sure you leave your meeting with a thorough understanding of why you did not get your raise. Offer to take on more responsibilities to show you are taking initiative and that you are passionate about your growth.