Snapshot of a Boss, Vol. IV: Jopwell’s Head of Product Shares His Insights on Professional Resilience and Fatherhood 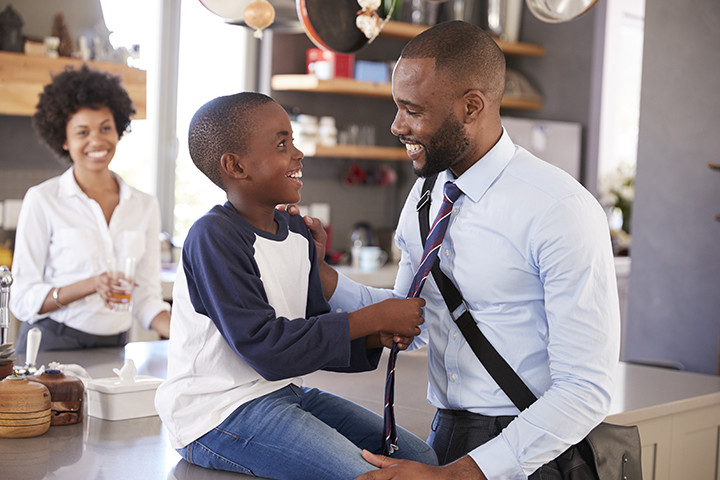 In Jopwell’s Snapshot of a Boss series, we interview working parents about their work-life balance and the lessons they’ve learned along the way. Previously, we talked to Louise Mercado, a Program Director at Southern Queens Parks Association in New York City who grew up in public housing and returned to that community later in her professional life. In this Father’s Day edition, Nate Pringle, the Head of Product at Jopwell, talks about the academic networks that helped him persevere and the lesson he wants his son to learn in the future. 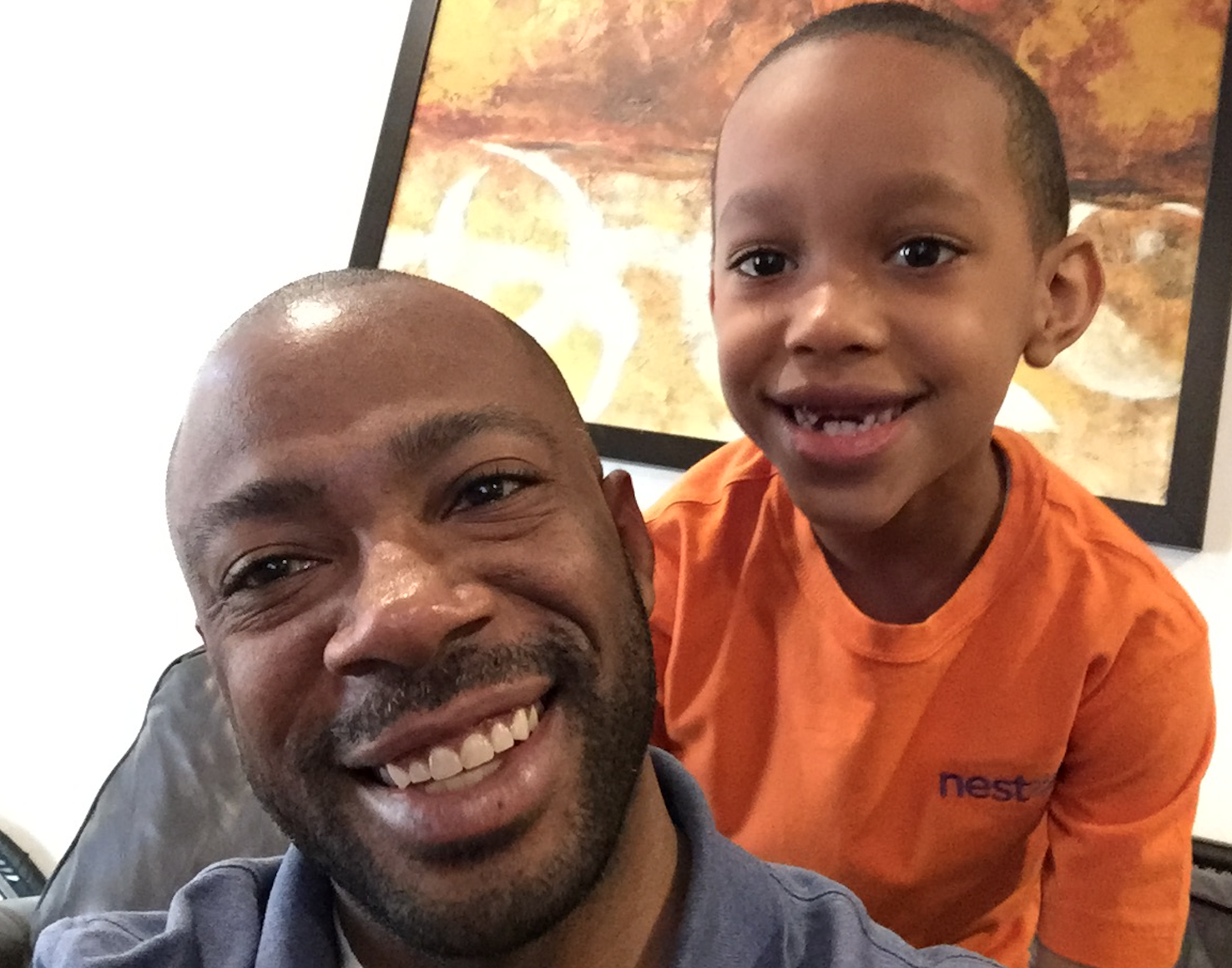 Nate and his son, Carter

Where did you grow up and what was your upbringing like?

I grew up in central Pennsylvania, in a town just outside of Harrisburg. It was a pretty typical suburban upbringing: I grew up with both my mother and father working and I have a younger sister. It wasn’t until I was older that I appreciated how fortunate I was. What I thought was “typical” was actually uniquely supportive.

What did your parents do for a living and do you think that had any bearing on your early career aspirations? In what ways were they “uniquely supportive”?

My mother was a science teacher and my father was an attorney for the state of Pennsylvania. A lot of kids grow up wanting to be like their hero and since my father was my hero, I thought, I’ll be a lawyer. I can do that. It was not long before I realized that was not for me. There are a lot of wonderful challenges in that profession but they just weren’t engaging enough for me. Then I thought, Do I want to go into science like my mother? — but again, it just wasn’t a good fit.

What I am appreciative of is that growing up they were really supportive of every small thing that I did. I showed an interest in art and they tried their best to get me to art classes. It wasn’t always easy, financially or time-wise, for two working parents with another kid in the household, but they were wonderfully supportive. That had a tremendous impact.

I wasn’t aware of graphic design as a job at that young age, but I thought maybe I’d want to be an artist of some kind and that definitely fed into my early career moves. I became a graphic designer early in my career, as well as a front-end web developer. My father encouraged me to study engineering and that was definitely something I enjoyed. Later, I realized my professional passion was in the combination of the two — the technology piece and the design piece. That led me into product work, which is where I am today.

What was your focus in school, and what was that experience like?

First, I had no idea which schools were better than any others; that wasn’t something I had a lot of experience with. My parents were first-generation college students, and so as a second-generation [student], I knew I would go to college but I didn’t know where. It was this black box.

I ended up going to Drexel University and had a fantastic education there, mostly because it had a strong engineering program, and at the time, I thought I’d become an electrical engineer. In time, I learned that it wasn’t so much electrical engineering that appealed to me specifically but rather problem-solving. That’s what I do today — solving different types of problems.

Working in a very diverse environment now, what was your collegiate experience, particularly as a black student?

Being at an engineering school as a black student wasn’t always easy. There wasn’t a ton of representation, so wherever I could, I found other people to commune with, learn from, work with, and be supported by. In my school, that meant our chapter of The National Society of Black Engineers (NSBE). Our chapter was really integral not only in terms of learning but also as a support group for folks. Engineering is hard — and even harder in a room full of people who don’t necessarily look like you, have a similar background, or have similar concerns.

My school also had a black student union and I was president of that for a while. Philadelphia is approximately 50% African American and within that city I was a part of collegiate community that was probably less than 10% African American at the time. It was really important to me that we had some representation on campus in speaking to the priorities, perspectives, and needs of students of color.

What was your first job out of college and how did you get it?

I worked for the Federal Reserve Bank and didn’t get there by any unusual means. I think I saw the application and applied. Something meaningful about my experience at Drexel was that there was a mandate in the curriculum which required all students participate in “co-ops” (i.e., internships). By the time I graduated, I had three internships and was able to extend my stay at the last one, so being in a professional environment wasn’t a shock to me after graduation.

One thing that was different between an internship and a permanent role was that you are completely responsible for the course of your career. The decisions you make in three months can’t be reset because the internship is over, and the relationships you build with your coworkers will last for at least as long as you are there, so the impression you make is much more important. That became pretty clear, pretty quickly to me — mostly for the positive, although I watched as other people tried to remake their reputations after past mistakes and realized that your reputation is, in some regard, a permanent record. That was something that I definitely considered moving forward.

Where were you in your career when your son was born? Did you have any fears or concerns about parenthood?

My son is six years old now and when he was born, I was just starting to get into the product management space and was working for a large bank. I don’t know that I was fearful. I think that men get quite a bit of the benefit of the doubt there. There are so many more advantages for men that I only have a [small] level of perspective on this from watching what my wife has been through as a working professional.

For me, especially working in a larger organization, there was a lot of support. The sense was, “You’re a good dad because you’re taking a few weeks off for parental leave.” I was only able to take a few weeks off versus months because my wife was taking time off, but I didn’t get the sense that people were patting her on the back. She felt comfortable taking more time off in order to get to know our son and get to know herself as a mother, so it wasn’t a debate in that sense. But I think that for men, doing so demonstrates a certain amount of responsibility and maturity; it isn’t a marker against you in the same way [that it can be for women] — unless the sense is that you aren’t spending enough time in the office.

My job wasn’t overly demanding at the time. I didn’t need to spend 100 hours in the office a week to make a good impression, and because I had the freedom to work from home quite a bit, I could be supportive as a father while taking care of responsibilities and excelling as a professional.

Do you wish you could have taken more time off than you did?

I certainly wish I did, but at the time, I was relatively new in the role and I didn’t feel confident that I had been there long enough for that to be okay. In retrospect, that was wrong. I could have taken more time and that would have been easier on my wife to have had additional help at home.

Did having a child have any impact on your career aspirations?

I wouldn’t say it made a tremendous difference in the trajectory of my career, but it definitely helped me focus and keep things in perspective. When you’re an ambitious person and you’re trying to learn and grow, the stress of the day often stays with you. It follows you when you walk out the door and when you get on the train. One of the things that’s wonderful about seeing my son when I get home is that all that stress tends to melt away. With that, I can put in perspective how important a particular problem is on a particular day at the office, with how important it is that I learn about what he did at school.

Has anything surprised you about fatherhood? What’s been the most challenging aspect of being a parent?

Encouraging and supporting his development is something that I expected to do. It’s something that I learned from my father and my mother, so that just seemed like part of the deal of becoming a parent. But the experience of getting to know him as a person and as he develops and learns from mistakes has been more enjoyable and rewarding than I expected. He’s more fun everyday. He’s more interesting every day. And being a bit of a spectator who gets to see that is something I love.

What are you most proud of when it comes to your career?

I’ve never stopped learning. I’ve transitioned from being a coder and a developer to a designer and then a product leader. With transitions like those, you’re not as good as you were before right away. You’re not as experienced. You haven’t benefited from the experience of others around you who are doing the same thing. I’m proud that despite those learning curves, I haven’t stopped learning about how to be better as I move from one stage to the next.

When you see something and feel, I can do that and I would love to do that, it is rare enough that you have to pay attention. Even though it’s scary, I’ve always had a sense that I have to look into those things and pursue them aggressively if I’m going to go for them at all. It’s not easy, but it’s necessary to listen to yourself when you have that feeling.

What lesson would you want to impart to your son based on your work and your career so far?

When he gets a little bit older, I would tell him the same thing I tell my team at Jopwell all the time: “Nothing’s ever easy.” What I mean by that is, when you’re trying to do something ambitious, you have aggressive goals, or you’re going for something that a lot of other people want or are trying to achieve, it’s not going to be easy. That’s just a fact. But what I would encourage him to do is understand that he has the ability to persevere; that is probably the best lesson I can offer him. His personal and professional lives are going to be difficult at times, especially at times when he really wants something, but success only comes from pushing through and learning, facing his failures, and gaining something useful from them.