Pride in Diversity: A Data Analyst Who Expresses Her Identity Through Style 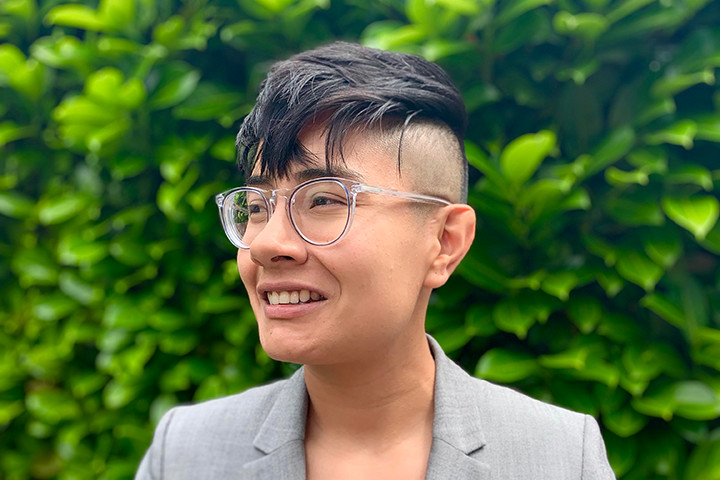 Pride Month celebrates past and present contributions of the LGBTQ community and the progressive LGBTQ movement. This month, Jopwell is highlighting the stories of LGBTQ individuals within Jopwell’s community who have leveraged their diversity personally and professionally with our Pride in Diversity series. In our previous article, we featured brand executive and entertainment journalist, Lamar Dawson. In this edition of the series, we talked to Bernice Ramirez, an analytics manager at Nike.

Navigating the corporate world is no easy task, especially for LGBTQ people of color, who often defy the written and unwritten rules of traditional workplaces just by being themselves. That’s part of what makes Bernice Ramirez so impressive.

Bernice lives in Portland, Oregon and works as an analytics manager at Nike, where she uses her extensive technical skills and industry knowledge to translate the company’s raw data for internal teams and clients. After graduating from the University of Virginia with a bachelor’s degree in Political and Social Thought, Ramirez earned her master’s in Public Policy and Management and began working in government consulting at Deloitte in Washington, DC. She spent three years at Deloitte before moving to Portland and working for Nike on a contract basis before she took on a full-time role.

“Nike has a very laid-back culture — one very different from the government culture I transitioned from,” Ramirez admits. “It's been great to be able to show more of my personality at work.” For her, a major part of that self-expression involves fashion and she credits showcasing her identity through her personal style as one of the things that made her a strong candidate for the job at Nike. As a government consultant, Bernice wore a suit to work every day and dressed more traditionally feminine — long hair, skirts, heels. Although she looked the part, she felt less than her best; by stifling her authentic self at work, she felt that her contributions were inhibited. But once she gained more confidence in her work, she became more innovative and started to use style to express herself.

Bernice admits that it took her some time to see that her unique perspective was an asset, but as soon as she started to really lean into that, she saw results — speaking up for herself and pushing back, made her better at her job; knowing that if she wanted to be successful, she needed to articulate her strengths consistently. “I observed that people who are successful in the corporate world are good at advocating for themselves,” Ramirez explains. That meant becoming her own best advocate, learning to consistently articulate her strengths, and reminding herself that her perspective is unique and valuable.

Ramirez identifies as a lesbian and gender nonconforming, and describes herself as masculine-presenting. She recalls moments when she entered the women's bathroom at work and other women were surprised to find her there, adding that those times remind her of the importance of bringing her full self to work because there are more expressions of womanhood than what we often encounter.

Fortunately, Nike has many employee resource groups (ERGs) with which Bernice is getting connected, being intentional about meeting other queer women of color inside and outside of the office. Ramirez remarks that dating and befriending other women in the tech space with similar career paths has made her better at her job. Having a sense of community and finding resources through organizations such as Women in Tech and Out in Tech have provided the tools she needs for success.

Something Bernice wants to address is the fact that women of color don't always know their worth in terms of salary and career growth, particularly in the tech space where certain skills are in demand. She urges queer women of color — especially those from poor and working-class families — to do their research and speak up. “Sometimes we can get impressed by a salary that's higher than what we’re used to earning, but knowing your specific value in terms of skills is really important,” she explains.

As she continues on her journey, Ramirez urges allies to listen more. She comments that intersectionality means that “we're all allies to other groups,” but sometimes in the rush to be helpful, we forget to listen. Her advice to other LGBTQ people of color is to find people with similar experiences with whom you can confide. “Getting something off your chest to someone [else who] knows what that's like is huge,” she affirms.