I Found Racism In A Country That’s 98% Black 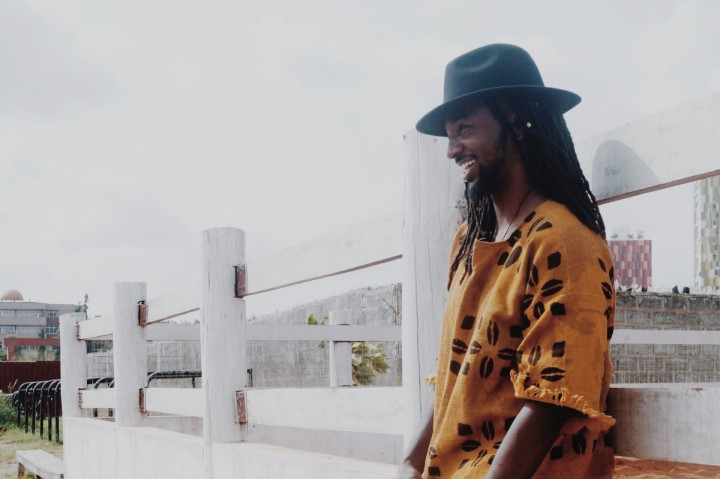 It seems that no matter where you go as a person of color, White supremacy may follow. It was true growing up among violence in Oakland. It was true when I started my freshman year at Yale. It was even true when I arrived in Ghana, a country where I wasn’t in the racial minority, for a semester abroad. Here we are in 2017, and still, racism and race-based oppression are all too present.

As a nation, we have gone from having our first Black president to electing Donald Trump, a man endorsed by the KKK. In the weeks following Election Day, myriad examples of harassment and hate speech emerged.

Take, for example, the recent incident at the University of Pennsylvania (Trump’s alma mater), when Black freshman students were added to a group chat complete with a calendar of “daily lynchings” and a photo of Black people hanging from a tree.

This is all the more reason I think it's important to raise awareness about what is happening, spark conversations about what’s needed to move forward, and help create spaces where people from all backgrounds can feel supported and safe. Now I’m handing the keyboard over to my friend Dwight Haggard, a University of Kentucky student I studied abroad with this fall. During our program in Ghana, I watched as he came face to face with a White University of Vermont student who refused to stop using the N-word (and that’s just the beginning). Here’s his story: 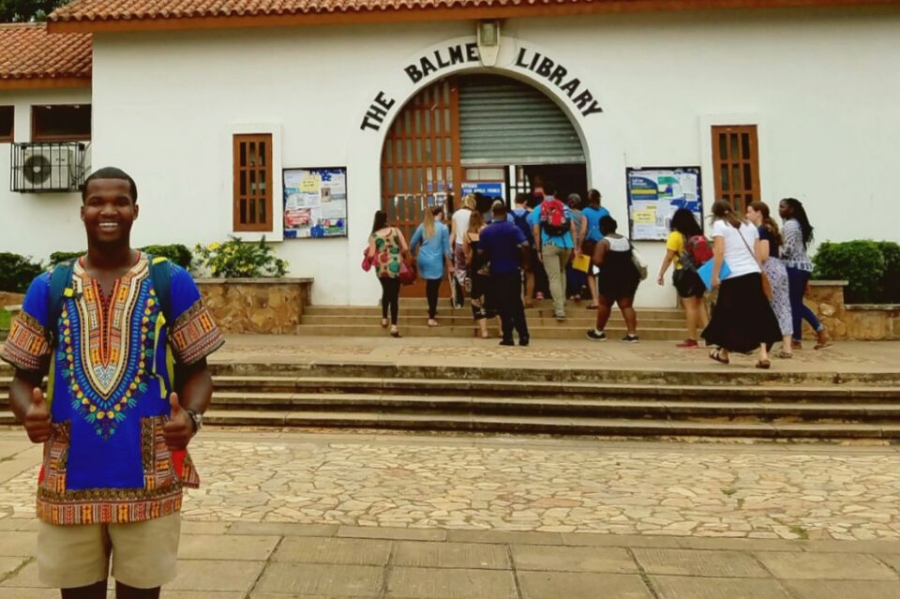 Before college, there were very few instances in which I encountered White people. As a student at a majority-Black high school, I really only interacted with people who looked like me. So, when I arrived at the University of Kentucky, which is less than eight percent Black, I suddenly felt like I was required to represent all people of color. I worked hard not to upset anyone around me and to be conscious of all my speech patterns, actions, and inabilities. I believed my behavior was not only a reflection of me, but of my entire race.

When I decided to study abroad in Ghana, I was officially setting off to research the effects of the transatlantic slave trade on the local community and to compare the current social and economic differences between Ghana and the United States. Unofficially, though, I was eager to go somewhere where others looked liked me — somewhere that didn’t require me to constantly think about how I was representing my race.

Upon my arrival in Ghana, I got to know both the Ghanaian students and other exchange students from different parts of the U.S. People seemed genuinely nice and helpful. As I’d hoped, I felt better represented. I didn’t have a spotlight on me at all times. I was comfortable in my own skin.

*That is, until an encounter with another exchange student, a woman from the University of Vermont, who reminded me that you can go halfway across the world without escaping racism’s reach.

I was hanging out in a dorm room with some friends when one woman excused herself to use the washroom. She returned moments later visibly distraught and explained that, while in the washroom, a fellow student — a White woman — had called her the N-word. The aggressor was obviously extremely intoxicated (her boyfriend was helping her bathe because she couldn’t do it alone), and when our friend asked her a simple question about some shampoo that was sitting out , she replied, “What’s up, [N-word]?” Completely taken aback, our friend turned around and left.

I’d seen this couple around campus. We only ever said hello in passing, but I’d had enough indirect interactions with them to understand that they expressed no remorse for the offensive things they did and said. Once the boyfriend held a traditional African mask to his face and chased his girlfriend around while screaming gibberish. Everyone around them understood how culturally insensitive this was, but they seemed either not to realize or not to care.

So when we heard the couple leaving the washroom, my friend, the victim, went into the hall and calmly told the woman never to call her the N-word again. This prompted the woman to do quite the opposite; she began repeatedly saying the N-word, even going so far as to say, “If you wanna fight me, [N-word], you can fight me.” That’s when I stepped in, the situation escalated, and this woman spat in my face — twice.

Words can’t describe how it felt to be spat on and repeatedly called racial slurs.I have encountered racism and been called many derogatory terms in my time, but being spat on twice seriously affected my mental and emotional state, especially since I’d moved all the way to Africa to better understand the historical foundation of racial inequality.

The next day, another friend overheard the couple talking about the incident and even managed to record a portion of what the man said. On tape, he called me a “monkey” and threatened to have me killed by the mafia. I’d reported the incident the night before, but after this, I followed up only to learn the report hadn’t even been filed yet. I persisted and requested that the university expel the couple for threatening me and making racist comments. After a week-and-a-half-long investigation, during which I watched them both parade around the hall as if they had done nothing wrong, they were only relocated to different residential quarters.

I felt defeated and disrespected. Then, I received a letter from the University of Ghana demanding that I apologize to the woman and her boyfriend for my actions (in my anger, I had dumped a garbage can in the woman’s room and used some derogatory terms of my own) despite the fact that neither party had apologized to me. I refused, writing the following to university officials: “To ask me to apologize to a White woman after she writes me off as another ‘[N-word]’ is even more demeaning to me as a Black man in Ghana. ... Her actions and those of her boyfriend the day after the incident (she paraded around bragging that she spat in my face and her boyfriend threatened to kill me and called me a monkey) reassured me that they understood exactly what they did – and that they still have no remorse for acting in such an uncivil and disrespectful manner.” I never received a response.

When I first came to Ghana, I expected that my fellow students would respect the accomplishments of its Black leaders. After all, Ghana only gained its independence from British colonial rule in 1957; to see a country develop as much as it has in just 60 years is a true testament to what Africans can accomplish when they stand up against foreign rule. That’s why I was so shocked when I experienced a level of racism even greater than that which I encountered back home in the U.S., where Black people are regularly oppressed by the White majority. I traveled 10,000 miles to Africa and spent nearly $15,000 in expenses to be spat on by a White woman. It’s taken a long time for the anger I felt to diminish, especially since the university would not take the incident seriously.

For me, this incident affirmed that White supremacy is alive and well. It refueled my desire to fight against racism, so that future generations don’t have to suffer through to the same discrimination and disrespect my brothers and sisters of color have experienced throughout history. Together we will stand and fight back peacefully against the tyranny of oppression.

Do you have a story of racism at work or on campus that you think we should be talking about? Email [email protected] with a one-paragraph summary for a chance to be featured in a future story.