How to Overcome Awkward Silence in an Interview 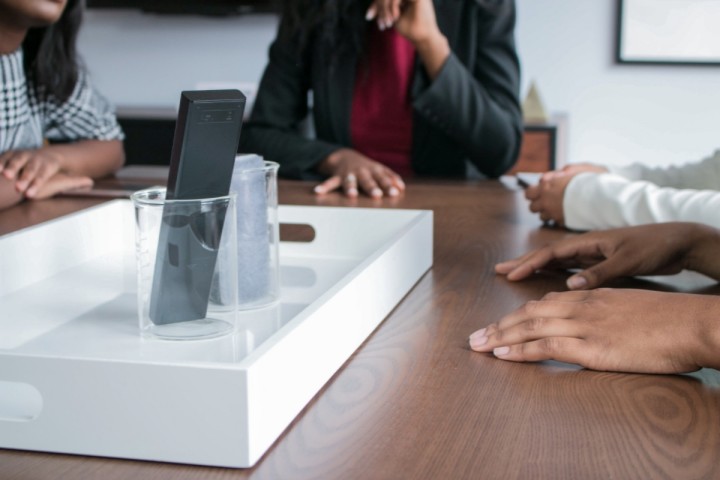 We’ve all been there: You’re in an interview and everything is seemingly going well. Then, suddenly, the conversation hits a lull. Do you speak first to fill the awkward-feeling silence? Do you wait for your interviewer to lead the way? What body language do you express?

I’ve worked in recruiting in the financial services industry for over five years and interacted with thousands of candidates throughout all stages of their interview processes, and I can tell you that awkward silences happen in nearly all interviews. They are rarely the result of doing something wrong, but rather part of a natural course of events – someone stopping to think about a previous answer or someone trying to remember the point he or she was planning to make, for example. Unfortunately, candidates often assume the void is their fault, get nervous, and start rambling to fill the void. But that’s not necessarily the best plan of attack. Here’s what to do instead.

1. Understand the importance of the silence.

As a recruiter, there are so many things that go through my head during an interview. First and foremost, I’m responsible for taking as many notes as possible. I don’t want to forget anything the candidate is saying, because I have to pass along the right information to the hiring manager. This sometimes requires me to pause and take it all in. That said, I sometimes do use silence as a test; I want to see how the candidate will respond under pressure. Hiring managers do the same — they use silence to assess a candidate's comfort and emotional intelligence. To come out ahead, let the awkward silence run its course. Show poise. Count slowly to five, and then say, “Is there anything else I can fill in on that point?” Consider this a moment to reflect on your answers and gather your thoughts for the rest of the conversation.

Your battle plan starts long before you walk into the room and shake your interviewer’s hand. Practice answers to common inquiries with your friends and get comfortable answering open-ended questions. Structure each point to tie back to what you studied, what you’ve been doing, or why you’re interested in this particular role. I recommend using the STAR format to make sure you’ve covered everything in detail:

If you know you’ve hit all the points you’ve practiced, you won’t feel the need to keep talking just to fill the silence.

You’re likely to go through multiple interviews as part of a hiring process. It usually starts with a conversation with a recruiter or member of the human resources team. This can be your opportunity to drive the conversation a bit more. If and when you make it to the next stage of the process and sync up with the hiring manager, you’ll want to be a bit more deferential. That doesn’t mean you shouldn’t have space to ask questions — you absolutely should. But it’s not up to you to steer the ship, so when that silence does happen, allow it to pass so as to give the hiring manager the chance to move onto the next topic he or she has on the agenda.

I know it’s nerves, but I’ve had candidates blather on so much that their sentences stop making sense. One interviewee started by speaking about her current job (makes sense), but ended up explaining why she dislikes a certain coworker. Clearly, that’s no good. When a candidate goes on and on, he or she usually loses sight of the point and starts trying to connect the wrong things. For example, I once asked a job candidate to give me an example of a time he received criticism over his work and how he dealt with this feedback. He started out well, citing a specific project, but quickly diverged into a lengthy assessment of his manager’s difficult personality. Not only did he fail to answer the question at hand, he made it seem as if he couldn’t possibly be the problem.

If you catch yourself going down this road, know that all hope isn’t lost. You haven’t blown the interview. Just apologize for rambling and say, “Let me start all over.” It’s perfectly fine to admit when something doesn’t go perfectly in an interview. Recruiters appreciate honesty over all else.