Two Millennial Founders Talk: Why It Pays to Ask For Help 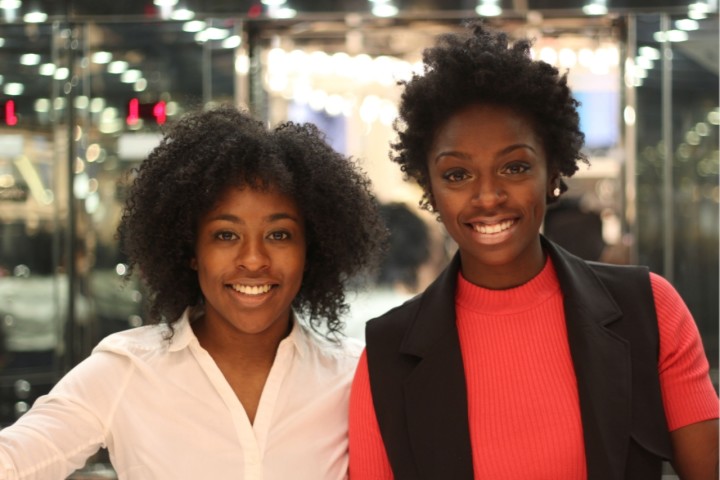 In 2016, Bianca Jeanty, 26, and Netta Dobbins, 24, came together with their friend Anthony Crawford, 24, to create MiMConnect – a networking platform that provides multicultural media professionals with a direct, influential community. “MiMbers” have access to recruitment opportunities, and exposure to professionals across the span of the media industry.

What started as an informal email thread among media professionals has grown to a formal networking group with more than 850 members nationwide. The founders say their growth is a direct result of their fearless ability to ask for help. We asked them to tell us more. 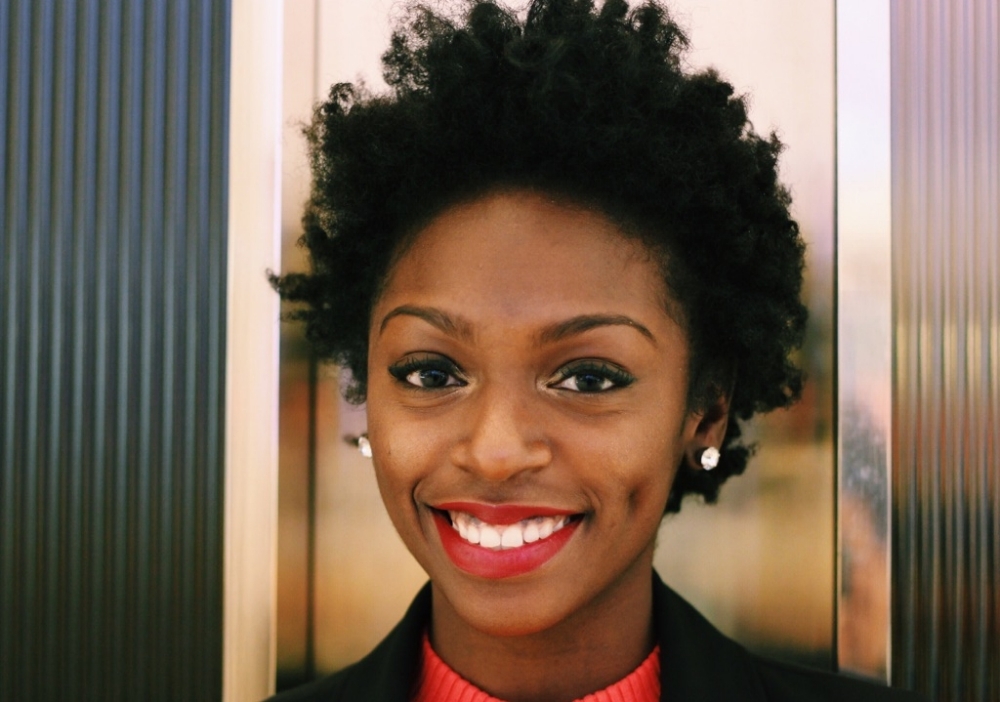 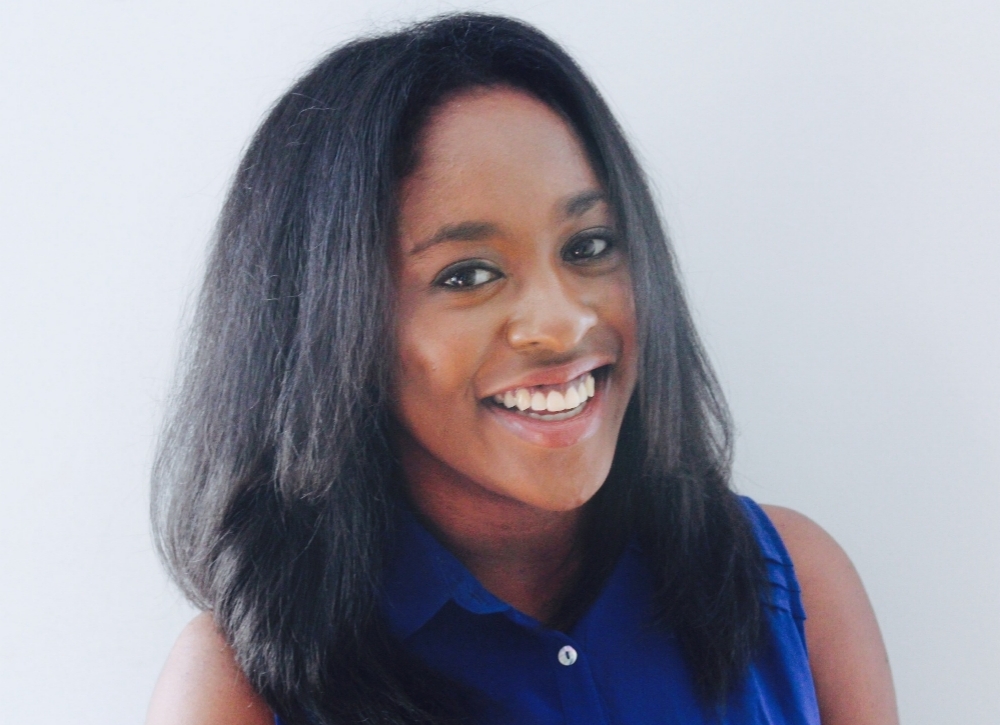 Let’s start with the evolution of your own careers. What did you almost do?

Bianca: My career has taken so many different turns in such a short time that it sounds sort of like a reality TV show audition when I share it. When I received a full-ride to Penn State, I had plans to go to dental school. My family’s from Haiti, and they encouraged me to go the doctor, lawyer, or engineer route. I wasn’t necessarily in love with the idea, but I figured that was what I was supposed to do. I followed the “I’m supposed to” mantra, and it definitely blurred the vision of what I actually wanted to do. That lack of control in my decision-making essentially got me kicked out of school. I had to get laser-focused about my life’s vision. I made the decision to pivot from biological sciences to communications. Miraculously, I got back into school and graduated.

Netta: I entered college as a nursing major because my mom was a nurse, and I had no idea what I wanted to do with my life. After one semester I quickly realized that anatomy and statistics weren’t my strong subjects and that I felt uneasy at the sight of blood and needles. I was always interested in the mind, so I transitioned to a psychology major. I loved it, but I knew I didn’t want to be in school for eight more years earning a graduate degree. I became involved in several organizations on campus and began to do a lot of event planning and writing. I wanted to do that full-time, so I once again changed my major – this time to public relations. After graduation, I took a job at a small firm in Nashville and eventually moved to New York City for an internship at one of the largest entertainment public relations firms in the area. After about two years, I realized once more that I wanted to take my career in a different direction, and I transitioned into advertising. The crazy thing is MiMConnect actually opened the door for that to happen. I attended an event posted by one of our MiMbers and met the senior vice president of my current company, who invited me to interview for the role I now have.

How has asking for help propelled your careers?

Bianca: I wouldn’t be in my current position had I not asked for help. I sent cold emails to alumni and media mavens to learn the industry language. After landing my first gig in advertising sales, I took advantage of industry opportunities to share value and learn along the way. Being eager to learn from others is what actually led me to MiMConnect.

Netta: Asking for help continues to open doors for me and expand my network. If I have a question about anything, I know I have someone in my corner who’s knowledgeable on the subject and can help me – or at least point me to someone who can.

Can you speak to those barriers to asking for help – the things that make us hesitate?

Bianca: Most people know they should ask for help, but have a hard time getting clear on their actual needs. Usually it’s because they don’t want to close the door to an opportunity or to hear a “no.” So, they keep their questions vague and often times don’t get the answers that can really help propel them forward. But as you evolve, you’ll understand that not every opportunity is meant for you.

Netta: It was initially really hard for me to admit I needed help. I’ve always been the “I can do it by myself” type of person. It can be hard to escape that mindset, humble yourself, and realize that you’re only one person. You can’t do everything by yourself.

Can you talk about the good that can come from asking for help in the right way?

Bianca: I like the “right way” part of this question. I always challenge myself to ask smarter questions to show I’ve done research. I make sure that I pay for coffee if someone took the time to speak with me. Most of our MiMbers connect with each other offline to pitch project ideas or even learn about an industry topic. Make sure you’re offering your help at the end of a request, especially in these conversations. Showing your value and treating people well are subtleties that set you apart.

Netta: Everything gets easier. As you build genuine relationships with people, you develop a valuable support system to help you succeed. Everyone in MiMConnect is interested in helping each other succeed. So many people have been given opportunities they probably wouldn’t have had access to had they not joined. On Friday’s we celebrate our wins in our Slack group. People are always enthusiastically commenting on how they were successful that week or how connecting with another MiMber allowed them an opportunity to speak on a panel, attend an event or land an interview at a company they’d been interested in.

Are you ever surprised at how open to helping people are when you ask?__

Bianca: People are eager to help, especially if they see that you’re serious and aren’t wasting their time. Taking it a step further, more people are willing to continue to help beyond your request if you follow through with what you say you are going to do.

Netta: I’ve learned that when people truly believe in you and what you’re doing, they’ll always help you. Specifically with MiMConnect, people believe in our vision. They know that prior to its creation, there was no space for minority millennials in the media industry to connect and learn from one another, so they want to support that.

What are you tips for getting more comfortable with being uncomfortable?

Bianca: You have to remember that even when you're in uncomfortable situations or surrounded by people who are 10 times smarter than you, you still have value. Speak up and build those necessary relationships. Fear of making mistakes is essentially the fear of learning lessons. I personally want to evolve into a media-tech maven. The only way that can happen is if I get over some high levels of discomfort. Looking back, my greatest moments started out with me being a bit uneasy -- getting a full collegiate scholarship, winning a pageant, graduating on the dean's list, landing my first "adult" job, building a media network, developing a personal website and now building an innovative company. If I can handle a few minutes of nerves, I know I can handle years of success.

Netta: I try to live by the saying, “If something doesn’t make you uncomfortable then you’re aiming too small.” The last two years have been completely uncomfortable. I moved to New York City in 2014 with only about $1,000 (and my monthly rent for my Brooklyn apartment was about $800 – yikes!). I had never even been to New York City before I moved, nor did I have family that lived here. My internship was unpaid, and, luckily, I had built a relationship with someone who was able to offer me a job in the Bronx at an after-school program. I really wanted to be in New York City and, at the time, I really wanted to work for this firm so I had to adjust, readjust, and reread just to make my dream happen. That experience taught me that if you want something badly enough, you’ll work hard to find a way to get it. Now, whenever I start a new business venture and I begin to get that uncomfortable feeling, I know I’m about to go on another crazy ride, but I’m confident that I will survive it.