How I’ve Experienced The Modern Workplace As A Cuban-American 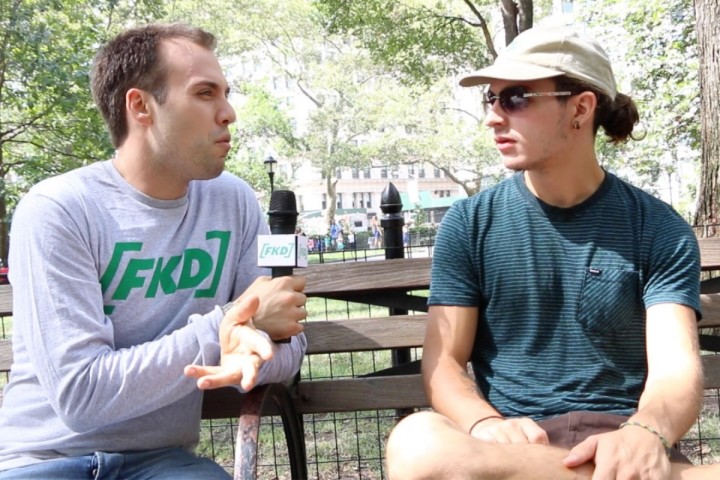 If my life were a novel, the first chapter would be written in Spanish.

Growing up in Miami’s Little Havana neighborhood, I spent my afternoons playing under mango trees and surrounded by my mom’s entire family of Cuban exiles tending to my every need. At age four, though, my parents decided to send me to a strict Christian school. There, I encountered a different world – one where I exclusively used the Midwestern English my father had taught me. Only now that I look back do I realize that my parents were raising a bicultural Cuban-American kid who had the tools to seamlessly navigate two different worlds. The more I think about it, I also realize how my roots have influenced my career trajectory. When you’re born into an immigrant family like mine, you are, at a very young age, attuned to the pressure of succeeding. My parents instilled in me this idea that living in the United States is a privilege. I grew up being reminded that I was lucky to have the opportunities I did (“En Cuba la gente está pasando trabajo,” or, “In Cuba, people are struggling” was a common refrain).

When it came to picking a career path, I joke that my parents used to always ask whether I wanted to be a doctor or a lawyer, as if those were the only two routes to success. Largely because of that, it took me years to finally admit to myself that I wanted to be a journalist (a professional that generally doesn’t pay well or have the same professional ring). So elsewhere I went. Once I got my master’s in public policy at Harvard University’s Kennedy School, I headed for the private sector, working for an engineering firm in sunny Miami. After six months in a cubicle, I dabbled in state politics as a legislative aide in Tallahassee and then tried my hand as a campaign consultant. Nothing clicked, though. After much frustration and a full-blown quarter-life crisis, I hit the proverbial reset button.

I thought long and hard and landed on pursuing television journalism. My parents thought I had gone insane, but after a few months of searching, a friend of a friend tipped me off that a local Telemundo affiliate was hiring. I was on air within a few days, and I knew after my first on the job that I’d made the right choice. Luckily, my parents noticed the passion I had for my newfound profession, and they’ve been my biggest cheerleaders ever since.

My journalism career has taken me on many adventures. I moved to the most geographically isolated places in America – Amarillo, Texas – where I worked for the local ABC affiliate as the station’s investigative reporter and midday anchor. I then moved back to New York City to work for a friend’s media startup. Today I lead video at another New-York-based media startup – the educational platform GenFKD – where I use video storytelling to educate millennials about the new economy.

Related: 7 Things You Must Do Before Starting Your Own Business

In many ways, the entrepreneurial spirit that comes with being first-generation American has been an asset to me. But I’ve also found that my Cuban-American identity sparks a lot of questions from colleagues – be it about traditionally Republican politics or the island’s ever-so-complicated government. I suggest people tread lightly and try not to make assumptions. Just because I’m Cuban-American doesn’t mean I have all the answers for the wide rift between my two countries. Instead of asking me about the embargo, ask me about Cuban cuisine or hot spots in South Beach – the things I grew up with and can speak to with more authority. That’s at least how I feel, and I love that my office now encourages authenticity and makes me comfortable sharing that. Unlike other environments I’ve worked in, I’m finally able to be myself without fear of pushback.

There’s great power in diversity, and our workplaces should not only reflect the deep richness different cultures can bring – they should foster an openness that allows people to share their backgrounds however they’re most comfortable. We need new faces and new cultural infusions to embrace the changing landscape. In my case, I bring an entrepreneurial zeal to my work everyday, and I encourage others to bring their own unique backgrounds and perspectives to work as well.