How Grieving Kickstarted My Career As An Entrepreneur 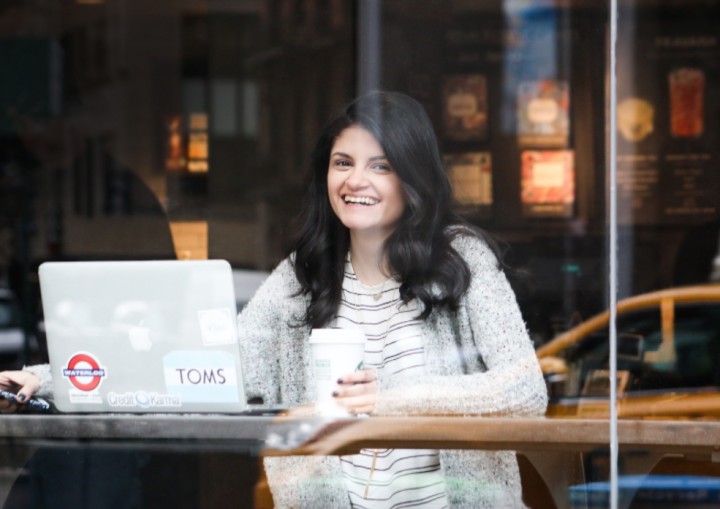 My relationship with grief started when I was 10 years and one month old. It was January 2003, and I had just lost my mom indefinitely after a hospital stay that had borrowed her for four months. I went from being the daughter of a single mom to a girl who relied on my grandma – who my mom and I had lived with in our Washington Heights apartment – to sign permission slips and guide me through my teenage years.

Suddenly, I became responsible for figuring out the things my mother would have handled – things like when parent-teacher conferences were or how to finance my education. While I was learning to live alongside grief, I was also learning how to be independent. Making my dreams come true was now my own responsibility.

Since I can remember, I dreamed of becoming a writer. I had the opportunity to intern at Seventeen magazine in college, thanks to a scholarship I had landed through New York Women in Communications. Things were going well, and by the time the spring semester of my senior year began, my experience and my network made me less frantic – and even excited – about the imminent job search.

But that March, my grandmother died, and I experienced a new version of grief. The sense of loss was all too familiar, but showing my emotions wasn’t as socially acceptable as it had been a decade earlier, when my mom died and adults encouraged me to express my feelings or cut me slack if things were harder for me at school. It was then that I came to a realization: We don’t encourage young adults to talk about their losses. Professors, friends, and even some family members all seemed to have this expectation that I’d just jump right back into things. When you’ve lost someone, that can really hinder the grieving process.

A month after my grandmother’s funeral, I found myself in the living room I grew up in, sitting on a plastic-covered loveseat. The plastic? A reminder that, as an immigrant from Ecuador, my grandmother lived much of her life by a single rule: When you know how much something costs, you protect it.

I spent a lot of time on that couch, typing notes on my computer and attempting to translate my feelings. Even though I’d experienced loss twice, it wasn’t any easier the second time. I needed to reclaim my right to grieve, and that’s when I decided that I also needed to restore the right to grieve for other young people experiencing loss “too damn young.” I put up a Wordpress site and Too Damn Young’s “Founder’s Story” was born. Two years later, I’ve grown TDY into a community and a resource for teens and young adults who’ve lost someone they love. We’re a platform that helps people cope with grief – the very thing I needed as a grieving teenager. Launching it hasn’t been easy, but it has been formative. Instead of going for a traditional 9-to-5 as planned, I decided to invest my time in building TDY and to take on freelance writing gigs to bring in a steady income.

Relatives still sometimes ask if I’ve applied for any “real” jobs recently. But I’ve learned not to get offended. I just say “nah” and get back to focusing on all the incredible experiences I’ve had since deciding to bet on myself and build something I knew there was a need for. After all, how else would I have learned important lessons like these?

Nothing is built in a day.

When I first started TDY, I put a lot of pressure on myself to “prove” that my startup was successful; I’d set crazy-high traffic goals and solicit more essays than I could possibly edit at a given time. I wanted my family to see that this wasn’t just some crazy vanity project. But then I started getting emails from teens who maybe weren’t in the place to publish their story just yet – young people who’d lost someone too and who wanted to let me know that reading the site made them feel less alone. I still consider analytics important, but I always remind myself that above all, I’m working day-by-day to foster and grow a safe space.

It’s OK to ask for help.

While I felt alone at many points, TDY has served as an important reminder that very few things are accomplished solo. Your team, your squad, and your community of believers are all instrumental to your success. When it comes to grieving and to building a business, some days are going to be harder than others, and the hard days are when you need someone to help carry the weight or cut you some slack. Let them!

Know how your experience can add value.

When I started Too Damn Young, I was very deliberate. I didn’t want this to be interpreted as “Vivian’s blog” or as some pet project. That would take away from the point I was trying to make that everyone’s experience with grief is unique. But I also knew that my personal experiences were a good place to start making Too Damn Young’s essay’s authentic. It has been so important for me to embrace what I personally bring to the table, even if the goal is to create a larger community around it. Let your stories inform your voice.

I recently wrote about how just because you got into a fight with your partner or are having a bad day, it doesn’t mean the whole relationship is bad. I think the same holds true when you’re an entrepreneur. Just because you didn’t get as many advertising dollars as you hoped, it doesn’t mean you’re failing. You really can’t view anything in a vacuum. That’s how you end up convincing yourself you should quit. Stick with it. Stay strong, look forward, and, when you notice things are going a little awry, adjust as needed. You got this!

Losing my mom and my grandma are two of the hardest realities I hope I’ll ever have to face. And yeah, when those triggering milestones or random Thursdays come around, I do miss them both. A lot. But I look at my career path, my friendships, and the unexpected professional turns I’ve taken, and one thing is clear: In life and in death, they’ve taught me that our existence is too damn short to not bet on your version of happy. This is mine.