A Brief History Lesson on the Women's Rights Movement 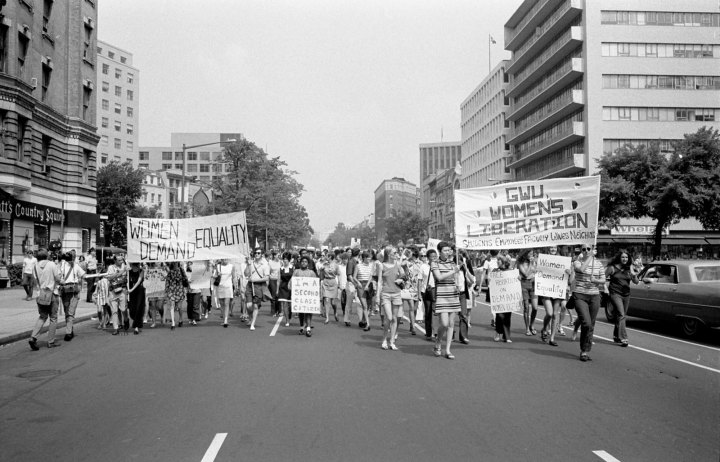 The women’s rights movement, also known as the women’s liberation movement, was established in the United States in the 1960s and ‘70s. During that time period, women sought equal rights and opportunities that would empower the betterment and personal freedom for women. Although this movement has been scaled across the world and has matured into a global presence among various communities, it’s no secret that the origins of this movement stem from separatism. As the movement began, it initially focused on equality from a narrow perspective—prioritizing a singular community. Its agenda included the right to vote, equal access to education and employment, equality within marriage, property ownership, and even control over their own bodies. But this mission was primarily focused on the plight of the majority—white women. Several decades later, and we are experiencing a movement that is much more broad, integrated, and inclusive of underrepresented communities of women; and the work towards a more comprising future is still necessary to see the effective change.

In recent times, the underlining goals of the women’s rights movement have evolved over years to encompass a much larger playing field of equitable change and contemporary feminism. At its core, feminism is the belief in social, economic, and political equality for women. Although it arose in response to Western traditions that have been historically restricting rights for women, feminist thought has global variations of what women’s liberation looks like.

In America, we’ve watched the progress of Black and POC women flourish over the years and we still have a much further way to go. During the civil rights movement, we publicly were introduced to a different type of Black woman. Although many women had been making strides in the feminist movement prior, in the late 60s, we experienced a world that was more accepting of the Black woman’s voice. Black women played very important roles during this time period, from leading local organizations and programs to serving as lawyers. There are clear indications that the women’s rights movement and feminist theory were not built for Black and POC women and their efforts to lead these movements were often overshadowed by White women, which is why gender bias continues to create barriers for many women including parenting and pregnancy discrimination, women’s rights in the workplace and education, and women’s right in the criminal justice system.

In Latin America, we’re seeing a different level of challenges in the women’s rights movement. The Zapatista Movement, for example, since its beginning in 1994 has challenged traditional gender roles. With a proud sentiment for being Indigenous women, they extended, in 2018, a global invitation for the “First International Gathering of Politics, Art, Sport, and Culture for Women in Struggle.” About 5,000 women from 34 countries attended the event at the Zapatista territory, in the southeast of Mexico. Protests like this around the world have been organized and executed by courageous acts of selflessness. These women continue to be at the forefront of change, non-stop in order to create monumental change.

No matter the magnitude or level of transformation, women all over the world have banded together to ensure that this movement is being revolutionized and recognized. Even in 2021, we still see deficits in fair pay, leadership representation, and accessibility to opportunities; which is why equitable change has become a global concern for all sexes and we’ve barely scratched the surface. At Jopwell it’s important for us to encourage and empower women of all ages and backgrounds to be a presence in any room they step in. This month, we’ll be pushing the women’s rights movement agenda and sharing some purposeful stories from women in our own community. Be on the lookout for a new story every week about some of the amazing women we have gotten to know who are a part of the Jopwell community.