5 Things I Would Tell My Freshman-Year Self 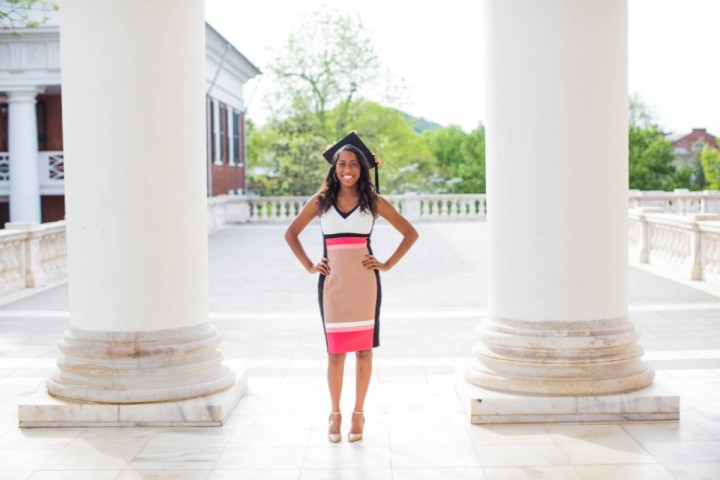 It’s me. Actually, it’s you. If you’re reading this, then you’re me in my freshman year of college. You’re bubbling with excitement and overwhelmed by anxiety. First piece of advice: breathe. You’ll have plenty of opportunities to fixate on whether or not you nailed that biology test that you had no interest in taking anyway. So, here is my high school graduation gift to you: a few tips, guaranteed to save you some time and tears.

Tip no. 1: Drop that “Intro to Cell Biology” class.

I know you came into college pre-med, as many first-year students do, but be honest with yourself: Did the inner workings of the endoplasmic reticulum ever strike your fancy? The answer to that is “no.” You will be encouraged by the classmates in your study group to push through the major because this class is meant to “weed people” out but don’t be embarrassed to drop the class--the C just isn’t worth it. (Spoiler alert: You will not be a doctor. You were meant to be a journalist!).

And ask them often. I know you can be shy, but the chances are that, the two girls that sit beside you in Calculus also have no idea what’s going on. Ask questions, not only in class, but outside as well. Have genuine conversations with the people around you. When you ask, “How are you?”—mean it. Because you’re going to need someone to ask you that question during your four years at UVA, and sometimes your answer will be, “Really not okay.”

Tip no. 3: Invest in strong friendships.

As obvious as it sounds, investing in your relationships is actually really important and critical to your experience in college. During your second year of college, you’ll hit a rough patch. You and your high school boyfriend will break up (don’t worry you’ll get back together), so the beginning of sophomore year won’t be the best. You’ll be tempted to question your values—- don’t. Just because you’re no longer with the guy you’ve known since high school, doesn’t mean you have to settle for someone who’s not even interested in knowing where you come from.

Literally, read everything. From the plethora of posters tacked on the cork boards across campus to The New York Times. Don’t get caught up in the campus bubble. You’ll learn what I mean by this. The bubble looks so picturesque with its stark white Jeffersonian columns and annoyingly verdant lawn. But the world is huge – you’ll find that not only will your life be enriched as you expand your horizons, but so will your writing.

Tip no. 5: Find what is deeply rooted in you.

This is a phrase I hadn’t gotten the chance to fully appreciate until my fourth year, in the last week of my undergraduate classes. You’ll learn that there are pieces of you yet to be explored. You’ll join a historically black sorority and become President of the chapter at your school (I won’t tell you which one but here’s a hint—Ee-Yip!). You’ll become a senior writer for the Arts and Entertainment department of the Cavalier Daily. You’ll join OneWay Christian Fellowship and have an opportunity to explore your faith while in college. You’ll become more than what you ever expected, and you’ll learn that it’s okay for dreams to change. But whatever you do, just do what matters to you.

That’s it. But here’s the best part about this letter—you can choose what you do with it. Follow my advice or ignore it. It’s in your hands now. So whatever decisions you make in these next four years – make them count!

Now It’s Your Turn: What advice would you have given yourself at the start of college? Share your hard-won wisdom in an email to [email protected] for potential inclusion in a future Well feature.