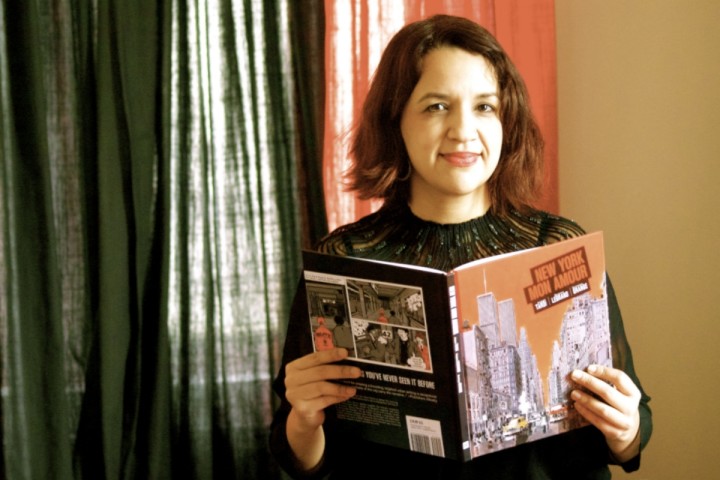 When I was a little girl, I fell – early and hard – for books. Like a secret love, I was always conspiring for new ways to be alone with them. I would climb up a tree, shut a door, crawl under a bed – anything for a few precious minutes when I could live in another world. I relished getting lost in the details of city streets, lush forests, and powerful heroes, especially when they were women who used everything from their sorcery to their wit to make important things happen.

But more often than not, even if the lead characters were women, they didn’t look, sound, or feel anything like me. I became a writer because, at some point, I learned that the stories I told could do more than just provide me with an escape from my reality, where my mother had to work several jobs just to make ends meet. Where I, and the other kids who looked like me, had to hear ugly words hurled at us from speeding cars as we waited, shivering, for a bus that came too late.

At some point in my high school years, I learned that words could actually shift the reality of my own everyday life. I went from spending weekends listening to bullets bounce off of walls on the streets of Chicago to sitting in a corner office, as the editor-in-chief of a major magazine. Over the course of my career, I’ve had the opportunity to interview celebrities, CEOs, and bestselling authors, including self-improvement guru Don Miguel Ruiz, author of The Four Agreements. I learned from him that, as people of color, we have a potent power – and a responsibility – to change events around us, not just professionally, but spiritually and politically as well. Mentors modeled everything for me, from how to think like an artist on a written page to how to actually dress and write a résumé. The latest lesson? How to inspire a younger generation of new, budding writers of color to think as big as humanly possible, and help teach them, and myself, how to envision a different world where people like us can be heroes and protagonists in major television, print, and film media. I’m now working with the Foundation For Letters, a nonprofit whose October 19 fundraising gala is honoring authors, advocates, and activists. The line-up is an exciting one, including Vivica A. Fox, an actor who will be playing the first Black female president in an upcoming film to Marley Dias, the 11-year-old activist who created the #1000blackgirlbooks hashtag, her own mini-magazine on Elle.com, and a movement to find and share children’s books with main characters of color. We will also be featuring innovators like author Carmen Rita Wong and Humans of New York star principal Dr. Nadia Lopez.

The true goal of the event and the organization? To create new opportunities for young writers of color from neighborhoods throughout New York City and across the country and to make sure everyone knows about opportunities to travel the world and have their stories published everywhere. This matters deeply to me because I know how important diverse voices are. The more voices we hear, the better we all are. And the realer we are, the better we’ll be. Here’s my advice to any fellow and aspiring writers:

1. Never compromise who you are or where you came from.

Sandra Cisneros and Alice Walker were two authors who inspired me when I was growing up. I learned from them that you can channel your culture and your pain into your work and still be productive and inspiring. Being the only woman of color and often the only Latina in many workplaces, I felt I had to hide painful elements of my childhood. I also felt that I had to keep my culture under wraps. I was terrified of being pigeon-holed or characterized by stereotypes about Mexican Americans. In The House on Mango Street, Sandra Cisneros uses her beautiful language to celebrate streets much like the ones I grew up on. In The Color Purple, Alice Walker shows how painful events can help you transcend your circumstances. I’m not arguing that everyone should share everything about a difficult past at work—but I believe being resilient, and quietly acknowledging where you’re from will never hurt you. 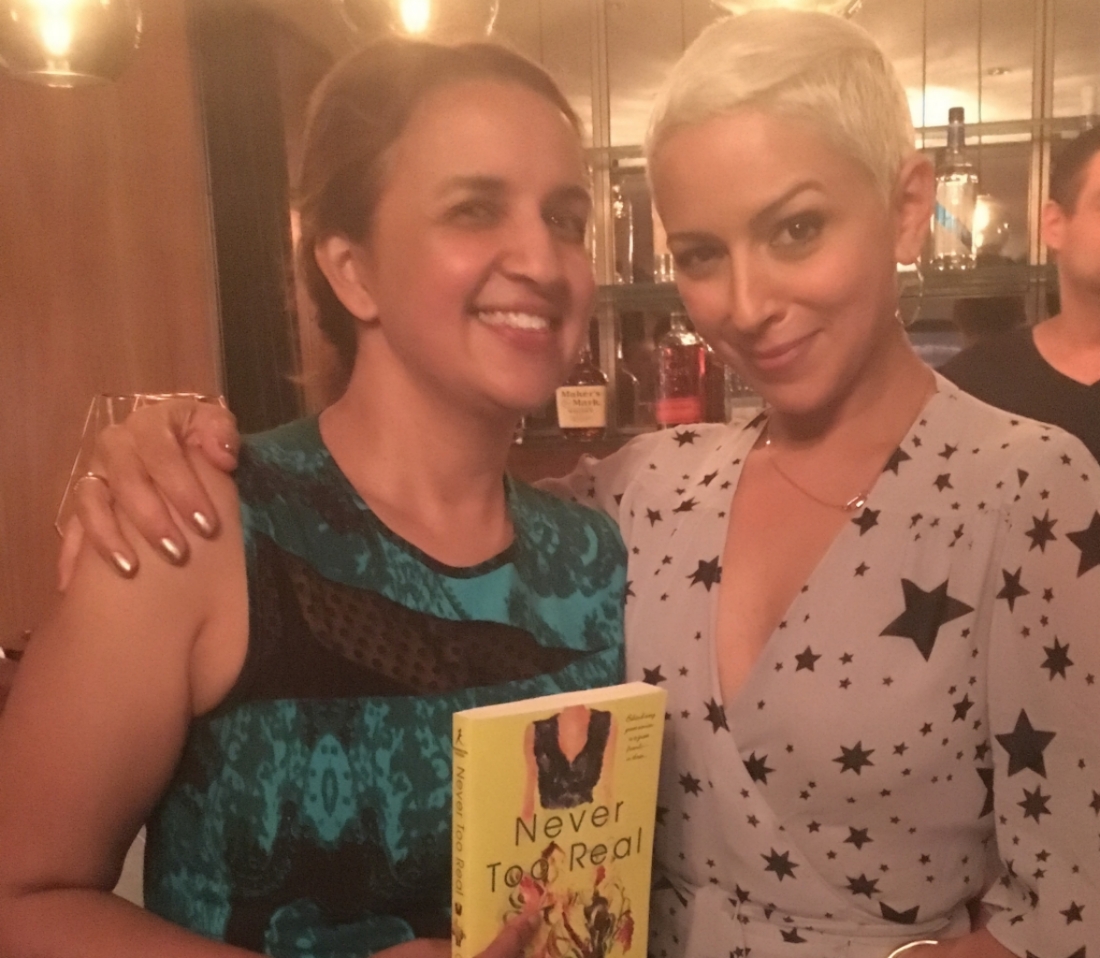 2. Asserting – and defending – your opinion sheds more light than humility.

In watching the presidential debates this season, like most folks, I’ve been glued to the television screen when any political commentary show comes on. When political commentator Angela Rye recently made an appearance on Real Time With Bill Maher, I was struck by how she defended her opinions and didn’t allow conservative commentator Stephen Moore to interrupt or mansplain racism to her—without being afraid of being an “angry Brown woman” cliche, she quietly but forcefully defended her opinion, and it worked.

3. When we tell our stories, we get to be the hero.

As an editor of a national magazine, my greatest pride was featuring other strong women of color, including those who had risked their lives to achieve extraordinary things, and to defend, and elevate, the Latino community. At the gala on Wednesday night, we will be celebrating Vivica A. Fox, who will play a Black female president for the first time in American film, just before the final presidential debate in this election cycle. In our version of events, a woman of color gets to be in control. Many Black and Brown women report not wanting to take on executive roles due to fear or lack of training – we need to understand that when we take command, we have the opportunity to celebrate others in command. 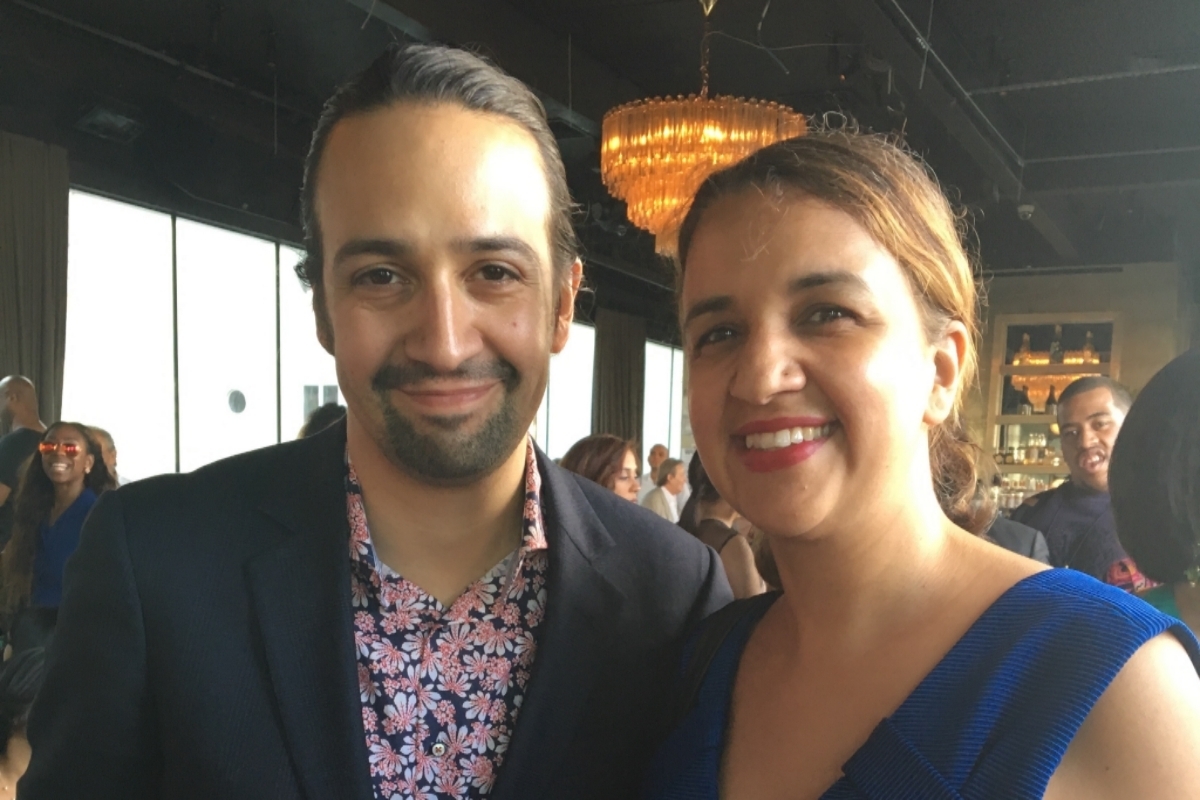 4. Wisdom starts at your own kitchen table.

I can’t tell you how many times I’ve heard a young woman of color say she “doesn’t feel like an expert in anything.” And yet, when I ask artists of color of any age who has inspired them the most, from fashion designer Narciso Rodriguez to billionaire CEO Nina Vaca, they will almost always start with their mother, their tia, the people who have surrounded, and inspired them, every day from a young age. We do not need some outside credential, or certification, to justify our worth or experience; it is there, underneath the surface, always for us to tap into when we’re not sure of our next work move. What feels right? If we were truly listening to our hearts, we might wonder, what would our abuelitas advise?

5. Challenge yourself to see an outside perspective.

Diversity in opinion, experience, and perspective can only be as diverse as the voices around you. How do you define a person of color? Or “underrepresented?” Have you challenged yourself to be exposed a completely fresh perspective on race, class, and life itself? I’ve been most transformed by people who define their culture on completely different terms. One area I want to explore next are the opinions of Latina Muslims in this election cycle. In fact, doing these types of exercises are how I often find my next career opportunities.