4 Phrases to Take Out of Your Networking Vocabulary 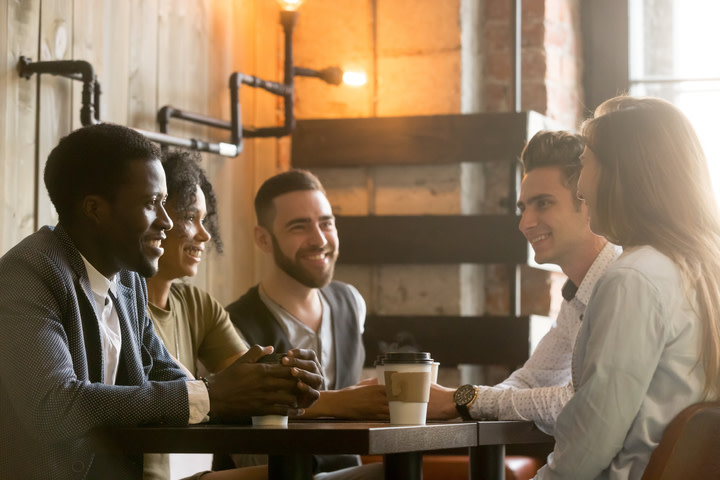 A rule of thumb I maintain in conversations is that if someone insists on speaking in impenetrable jargon, they either: know you don't understand what they're saying and want to make you feel dumb, or don't understand what they're saying themselves and are trying to hide it. Sure, I’ll make room for the people who, in their own excitement, may not realize their listener has been left behind, but these folks tend to be the exception and not the rule. The “overly jargon-y" conversation scenario is particularly prevalent in networking. Participating in it can feel like a game — one you win either by accumulating as many new contacts as possible or showing off what you know.

In networking, like with every type of conversation you might have, the most important thing to remember is that you're speaking to people. Networking feels most uncomfortable when the human element is removed from it. No one likes feeling like a cog in the machine of someone else's ambition, so keep the fact that you're having a conversation in mind!

Still feel lost and convoluted in most networking scenarios? Here are a few buzzwords that are prevalent in networking, and what they actually mean. We’ve also peppered in some alternatives to these overused terms so you can feel like a human while you network.

This is a tricky one. People often use leverage as shorthand for how they plan to execute a strategy, which does make sense. ("Leveraging people to do X," "Leveraging resources to do Y.") The risk is that overusing this word can feel a little mercenary. Personally, the minute someone mentions wanting to "leverage my expertise" for some goal they have in mind, I stop thinking about a mutual aim or plan and start seeing myself as a piece of metal in the other person's toolbox.

People already associate networking with being gross or superficial. If you have a tendency to overuse this, get back to basics so that other people don't feel used. Just say, "I'd love to work together on ABC thing because you bring _____, and I know I can bring _____ ." Be specific in your descriptors so you can make the person feel like they bring something unique to the table (because they do!). This can lead to the beginning of a beautiful relationship.

At this point, synergy feels retro enough that it's already on its way out — but it is still around enough to make it on this list. The word might feel innocent enough, but I guarantee at least one in every four people you say it to mentally rolls his or her eyes when they hear it. If you meet someone and feel that your professional interests align, just tell them that! Explain that you're aware of the work they are doing, how it works in concert with your own (either by trying to achieve the same purpose, or in terms of the means you're both using to serve your mission), and leave it at that. If there really is "synergy" you'll know without forcing a connection into a trite phrase.

"Your Network Is Your Net Worth"

Some people might insist that I'll have to pry this phrase out of their cold, dead fingers, and I understand why they’d feel that way. Feel-good phrases can be hard to let go of, especially ones that have a kernel of truth to them.

The sentiment behind this phrase makes sense: Networks can be extremely valuable for pretty much every aspect of professional and personal advancement. No one achieves success alone. But networks — like mentors, sponsors, or any of the connections people are expected to have these days — aren't created overnight. You shouldn't feel like your professional value is lower if you're still building yours.

Boosting your own "net worth" is just as important as finding others who can help you increase it. You can do that by staying informed about what is happening in your industry, making sure that you understand your work and are learning and getting better at what you do, and are successful. It's important to have something to offer others — not just take from them.

The best thing you can be in a conversation with someone you don't know well is honest and direct. That's not the same thing as being rude or abrupt! You simply want to convey that you aren't hiding behind a lot of jargon and have a clear idea of what you do and care about (or what matters to your company if you're networking on its behalf). To that end, calling yourself or your work "disruptive" doesn't actually say much these days. Everyone sees themselves as an iconoclast, even if their work is building upon existing structures rather than generating something totally new. And that's okay!

Rather than call yourself a "disruptor," talk about the problem you believe you're solving and how your approach is unique or hones in on past ones. Engage others in conversation about what they know about the topic, too. What you see as fresh could be old hat. You won't know until you're open to exploring what you don't know.